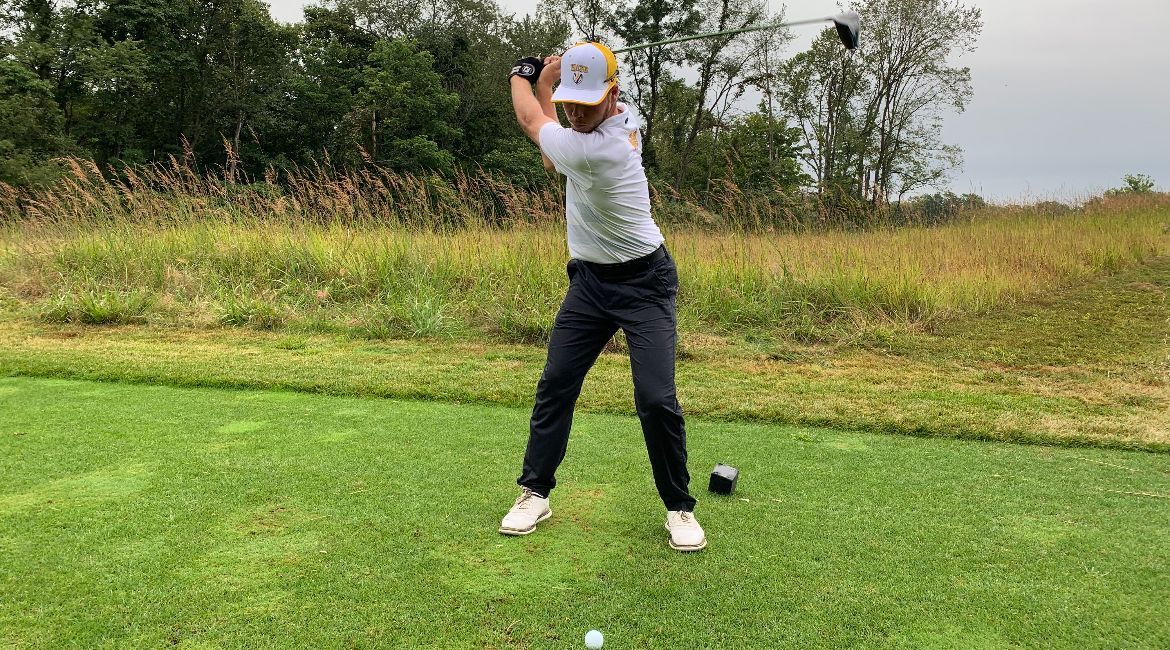 A second-round surge helped the Valparaiso University men’s golf team finish the first day of competition at the Hoosier Collegiate Invitational in the top five in a 15-team field. Valpo improved its team score by 12 strokes in Round 2 to surge to fifth on a competitive team leaderboard after Sunday’s action at the par-71, 7265-yard Pfau Golf Course in Bloomington. Freshman Anthony Delisanti (Saborn, N.Y.) leads the team and ranks in the top 10 overall through 36 holes in his collegiate debut.

“Our team was excited to get the season started today. We talked about playing through the anticipation and nervousness of the season starting even though they are natural emotions. Our first nine holes were our worst of the day and it took us a while to get started and into our rhythm. Once the guys got into the flow of the round, we played solidly the rest of the day. We were +14 after that front nine and played the course +2 the last 27 holes.”

“We played the Par 5s well today and we need to attack the course on those holes. On the other hand, we played the Par 3s very poorly and shot execution was not good, especially in the first round. We have some areas that we need to clean up, especially off the tee and with our short game. I thought the guys really managed the course well and this course certainly tests your mental strength.”

“This was the first time our team has seen this course and it demands excellent shot-making and a solid short game. There’s no place on the course where you can ‘take a break’ and the guys stayed after it and kept playing hard all day. I was very pleased with our second-round scoring and picking up some valuable shots on the field. Sam, Anthony and Yianni played their first tournament for Valpo and they played with a lot of poise and confidence.”

The final 18 holes of the tournament will occur on Monday in Normal. A link to live scoring via GolfStat can be found on ValpoAthletics.com.