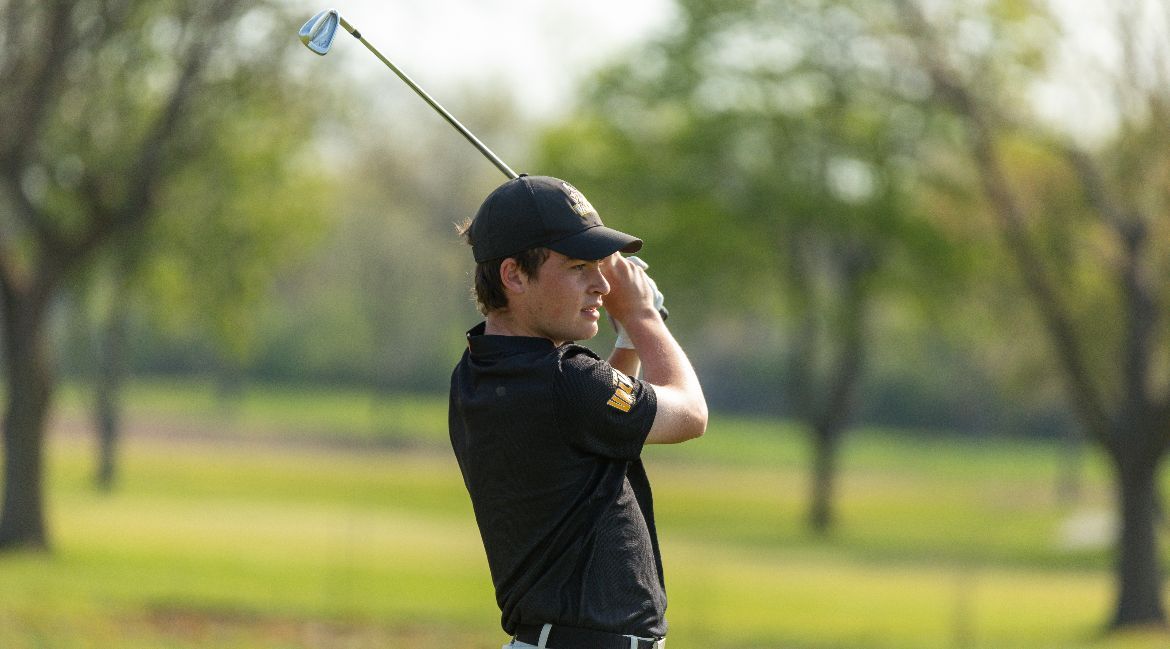 Mason Bonn cracked the program's all-time Top 10 for 18-hole low in Round 2 on Monday.

The Valparaiso University men’s golf team put together a strong first day at the team’s annual home tournament on Monday. Valpo enters Tuesday’s final round in second of 12 teams at the Valpo Fall Invitational, hosted at the par-72, 7042-yard Sand Creek Country Club in Chesterton, Ind. Sophomore Mason Bonn (Sherwood, Ore. / Sherwood) is atop the individual leaderboard through 36 holes.

“We had some rainy conditions that we have not seen in practice or play since the start of our season. The guys were well prepared and I thought they managed everything terrifically, whether that was simply staying dry or how a shot was going to react on the wet green. These 36-hole days are long, but I felt their focus was consistent each hole and every shot, staying in the moment. I felt this was very evident with the strong finish to the second round, playing the last six holes at 10 under.”

“After our first tournament, we talked about the importance of playing the Par 3s well, and this was a big area of improvement for us today. I was thrilled to see us playing the Par 3s at even par today and Mason and Anthony leading the way at two under. We also discussed the importance of scoring on the Par 5s, and it’s good to see the guys taking advantage of those opportunities also. We still need to clean-up some of the poor shot execution and/or course management on the Par 4s with the double and triple bogeys."

“Sam and Anthony had terrific first rounds at two and one under, respectively. Mason and Caleb stepped up for us in the second round at five and one under, respectively. Six birdies and an eagle for Mason in the second round is masterful work and our team is thrilled to see him scoring on that level, which he’s totally capable of doing. Add to that two even par rounds by Yianni and one by Caleb and it was a solid team effort across the board.”

The third and final round of the Valpo Fall Invitational will take place on Tuesday at Sand Creek Country Club in Chesterton, Ind. Tee times will begin off the first and 10th tees. Live scoring will be available via GolfStat.