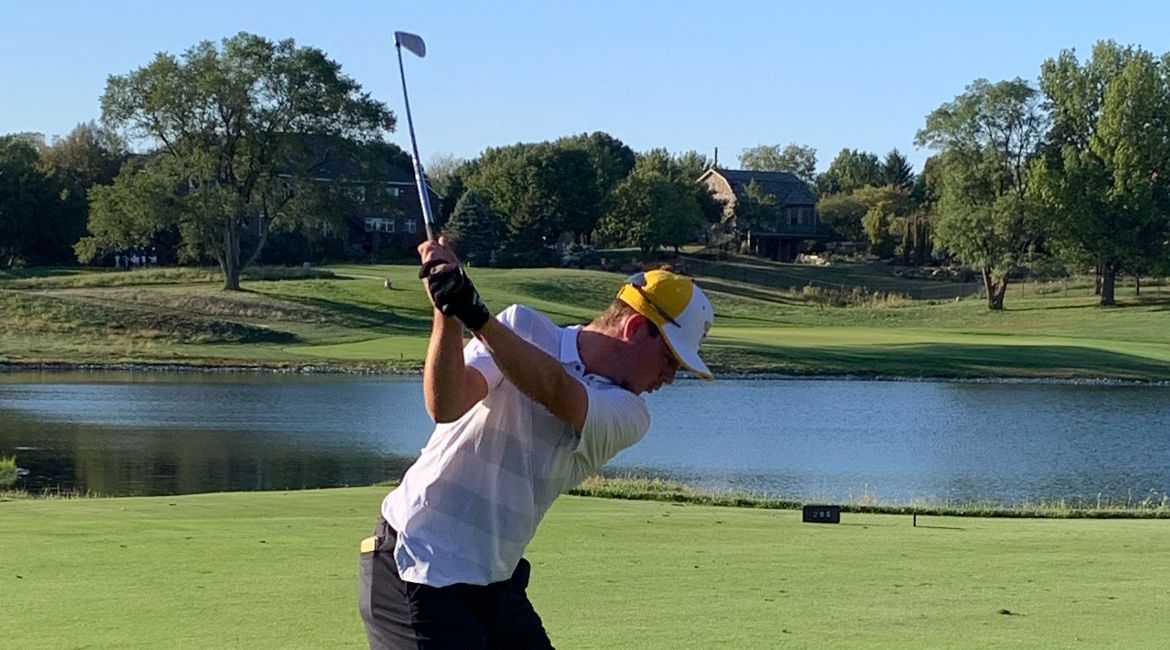 Anthony Delisanti is eighth overall and second on the team through two rounds.

The Valparaiso University men’s golf team finds itself very much in team title contention entering the final day of the TVA Community CU Invitational, being hosted by North Alabama this week at the par-72, 7133-yard Turtle Point Yacht & Country Club in Killen, Ala. Junior Caleb VanArragon (Blaine, Minn. / Blaine) has an opportunity to close out a strong fall season with his best finish yet, as he holds the top spot in a tight battle for medalist honors in a 66-player field.

“The team showed a lot of consistency and poise during the 36 holes today. We did a terrific job of avoiding the double bogeys and poor shot decisions, playing to our strengths practically all day. We played the Par 5s decently, but we still left scoring opportunities out there. We are going to need to play the Par 3s better tomorrow, making better decisions off the tee and simply executing better.”

“I'm not surprised that we led the field today in the number of par holes. I thought the guys read the greens very well, and if our speed was slightly different on a lot of the birdie opportunities, we would have made a lot more putts. The greens were rolling very well, and there was certainly a premium for being on the right side of the hole to make putts.”

“The ball-striking was excellent by all five players all day. Sam and Garrett played better in the second round and we needed that to pick up some ground on North Alabama. Anthony and Caleb both had four birdies in the first round and three birdies in the second round. Their birdie production led our team scoring. We know that we are in a good position for tomorrow’s final round, and we will stay focused on our strengths and executing well.”

Valpo will close out the fall slate on Tuesday at the TVA Credit Union Invitational, held at Turtle Point Golf & Yacht Club in Killen, Ala. A link to live scoring via GolfStat is available on ValpoAthletics.com.