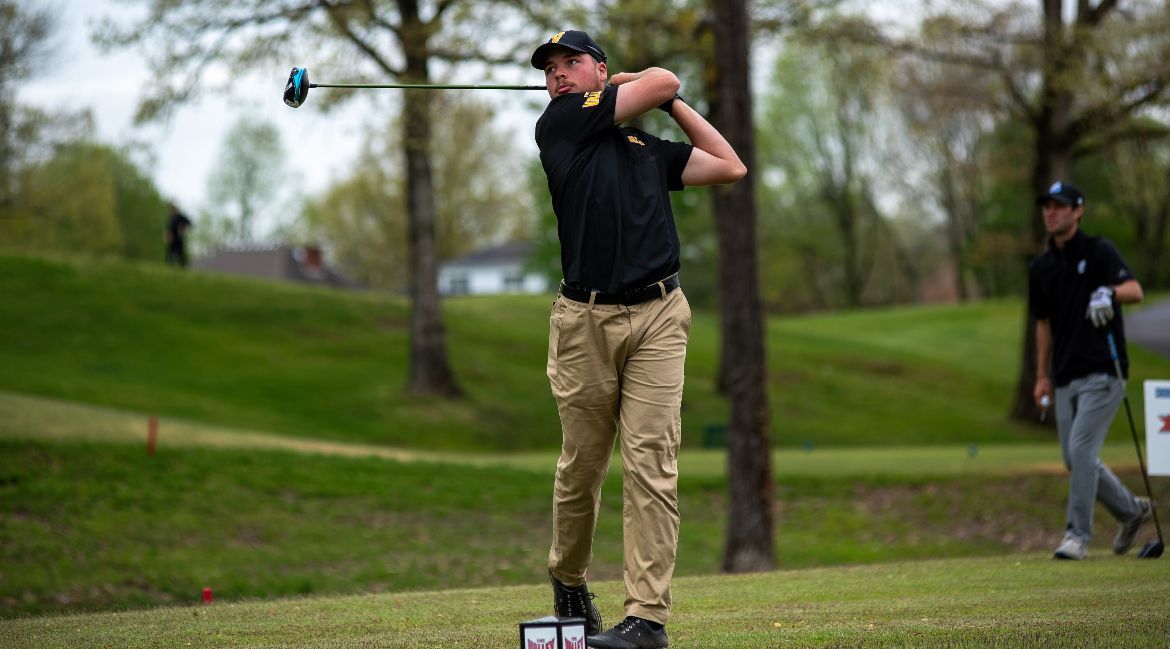 Anthony Delisanti is tied for fifth on the player leaderboard with 18 holes remaining.

The Valparaiso University men’s golf team will try to close out a top-2 finish at the 2022 Missouri Valley Conference Championship on Tuesday as the Beacons jumped into second place during Monday’s second round of the 54-hole event at the par-72, 7014-yard Country Club of Paducah in Paducah, Ky. Southern Illinois has built up a sizable lead for the team title, while Valpo holds a four-stroke edge over a three-way tie for third.

“Our birdie production improved today with the guys making 13 birdies and one eagle. We still didn’t get enough putts to drop, but the guys were hitting their marks on the greens and giving themselves opportunities. Tomorrow we are going to have to be better by leaving the ball on the correct side of the hole and the birdie production will be even better."

“Overall, our shot execution was solid. We had too many doubles and one triple, and we are going to have to eliminate those types of mistakes tomorrow. I’m pleased with the course management, but the big hole scores need to be corrected. Our Par-5 scoring is still not where we need it to be and we have to make better decisions off the tee and with our approach shots to these greens that are reachable. The Par 5s are four of the top five easiest holes on the course.  The Par 3s are four of the six most difficult holes on the course, so we are going to continue to make up shots on the field in playing these holes better.”

“We have a good game plan for tomorrow and our shot execution is going to need to be at its best. This is a familiar position for our team and the guys have a great mindset for tomorrow.  We are looking forward to the opportunity and playing with some poise and determination.”

The final round of the MVC Championship will begin with tee times starting at 9:30 a.m. on Tuesday. A link to live scoring via GolfStat is available on ValpoAthletics.com.