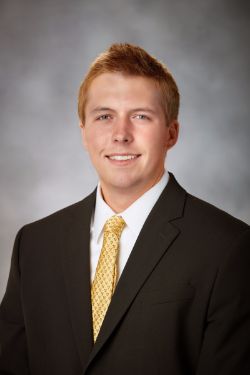 2016-17: Played 31 rounds over 11 events during his junior campaign... Compiled a 76.29 scoring average, third on the team and best among non-seniors... Started the season by going four strokes under par with a 67 in the opening round of the Notre Dame Kick Off Classic on Sept. 3, tied for the seventh-best 18-hole round low (relation to par) in program history... Finished the Notre Dame Kick Off Classic with a 36-hole score of 137, setting the program record for lowest 36-hole tournament score by five strokes. He finished the event at minus-5, also shattered a program record for 36-hole score in relation to par. Cutler was the runner-up in a 21 player field... Also turned in a strong performance at the Crusader Collegiate on Sept. 6-7, tying for second of 31... Started the season with three straight tournaments under par... Carded a 242 at the Horizon League Championships (April 23-25), finishing tied for 32nd of 40 at +26.

2014-15: Competed in eight events for Valpo as a freshman, shooting 22 rounds ... posted a scoring average of 77.09, sixth on the team ... claimed individual medalist honors at the CSU Cougar Classic Sept. 22-23, shooting an even-par 144 for the 36-hole tournament ... 144 broke the previous Crusader 36-hole tournament record (currently ranks second) and E is tied for the best 36-hole tournament score in relation to par in program history ... shot a four-under 68 in the second round at Chicago State to come from behind for the victory, tied for the sixth-lowest round by score and fourth-lowest round in relation to par in Valpo history ... also earned a top-five finish at the Rocket Individual Classic Oct. 27-28, placing fifth with a 54-hole score of 236 ... shot a season-best 54-hole tournament of 225 at the Bash at the Beach Collegiate Invite March 9-10.

Prep: A four-year letter winner for the Wolves … helped win state championship in 2013 … member of the 2013 Missouri All-State Golf Team … was the Gateway Athletic Conference Golfer of the Year in 2013 … holds 14 different individual records for Timberland High … qualified for the 2014 U.S. Amateur Open.

Personal: Zach is the son of Derek and Rebecca Cutler … major is exercise science.