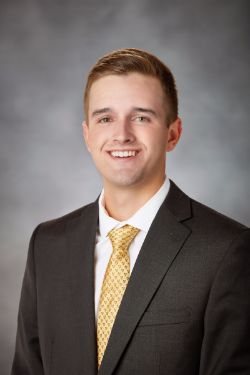 2017-18: Posted a season scoring average of 77.92 over 24 rounds… Carded a season-low 70 in the second round of the MVC Championship on April 23. That was just stroke away from his career-low of 69… Finished tied for 21st with a 54-hole score of 232 in the MVC Championship… Earned conference academic recognition for the second straight season and for the first time in the Missouri Valley Conference.

2015-16: Competed in all 11 team events in his rookie season with the Crusaders ... posted a scoring average of 77.23, good for fourth on the team ... shot season-low round of 72 on a pair of occasions - the final round of the Wright State Invitational (April 5) and the second round of the Earl Yestingsmeier Memorial Invitational (April 15) ... posted three top-20 finishes on the season, including a 14th-place finish out of 57 competitors at the WSU Invitational and a 19th-place showing out of 59 golfers at the Whistling Straits Intercollegiate (Oct. 12-13) ... registered season-best 36-hole score of 156 at the Hoosier Collegiate at Otter Creek April 9-10 ... shot season-best 54-hole total of 224 at the Earl Yestingsmeier Memorial Invitational ... finished in 14th place in 57-golfer field at the Wright State Invitational.

Personal: Mitchell is the son of Jon and Beth Wittmann ... major is finance.