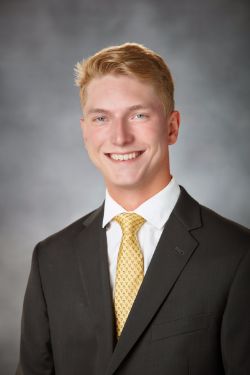 2017-18: Golfed in nine rounds over three tournaments in his second season on campus… Posted a scoring average of 80.33… Best round of the season was a 73 (+2) at the Twin Oaks Intercollegiate on March 19.

Prep: A four-year letter winner for the Chiefs ... a three-time All-Area and four-time First Team All-League honoree ... qualified for Michigan state tournament as an individual in 2013 ... won the CAAC Open Eldorado in May of 2013 ... earned three top-20 finishes in AJGA events, including a sixth-place showing at the AJGA Randy Wise Open in August of 2015 ... earned victories on the Michigan Junior PGA Tour and the Golfweek Junior Tour in 2015 ... also earned two letters in tennis ... member of two conference championship teams and helped squad to fifth-place finish at states both years ... member of National Honor Society.

Personal: Son of Craig and Cathy Lazar ... major is finance.