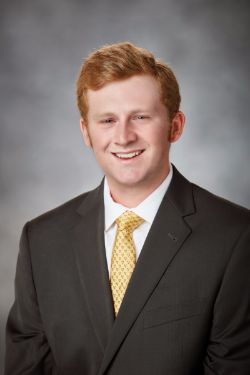 2017-18: Competed in seven tournaments totaling 21 rounds for Valpo… Compiled a scoring average of 79.38… Turned in a 73 (+2) in the third round of the Bash at the Beach Collegiate Invite on March 6, his top score of the season. He finished that tournament with a 229 (+16), his best 54-hole score of the year…. Participated in Valpo’s first MVC Championship.

Prep: A four-year letter winner for the Crusaders ... two-time First Team All-State honoree ... earned top-20 finishes at state tournament each of his final two years, including a seventh-place finish as a junior ... helped team capture state championship as a freshman and earn sixth-place finish as a team his senior year ... won sectional championship as a junior and conference title as a senior ... four-time First Team All-Conference and three times First Team All-Area ... named Southern Illinois Player of the Year by the Belleville News Democrat and Metro East Golf Coaches Association Player of the Year each of his final two seasons ... finished in second place at regionals and fourth place at sectionals as a senior ... took second place at regionals his junior year as well ... a member of National Honor Society.

Personal: Son of Michael and Pamela McCarthy ... major is accounting.