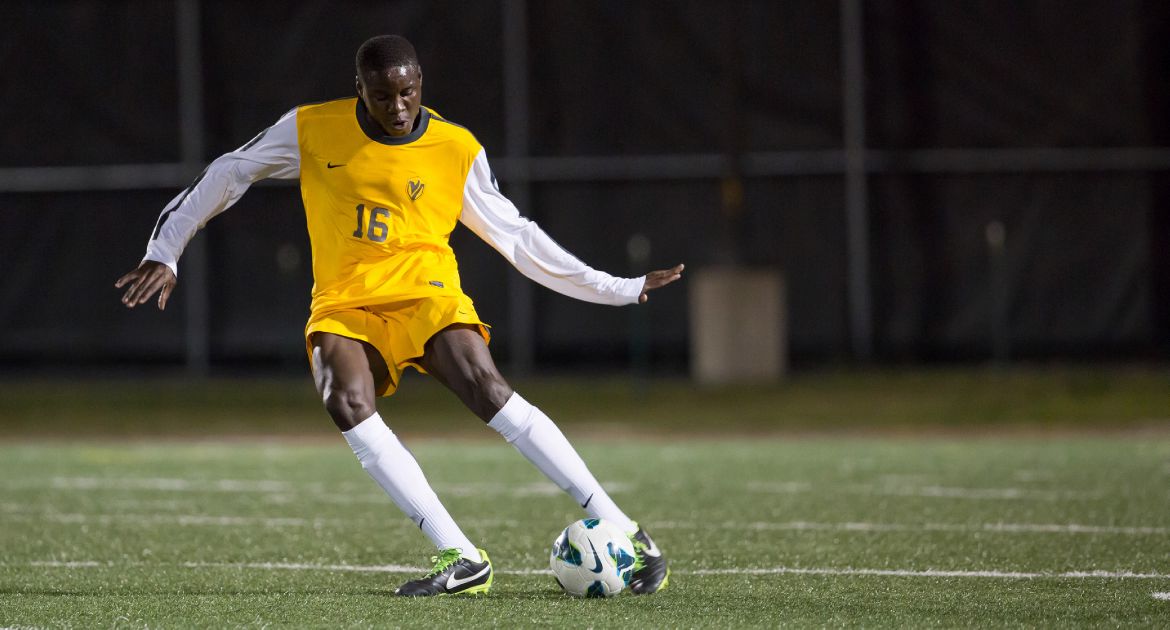 Tulsa, the #12 team in the country, was able to take a 1-0 lead over Valpo in the 15th minute of play on a Crusader error and would not look back.  The Golden Hurricane would go on to score three additional goals to hand the Crusaders their first loss of the season.

“We were definitely second best on the night; Tulsa is ranked #12 in the country and looked every bit that good tonight so you have to congratulate them,” said head coach Mike Avery.  “To be fair, I thought it was a performance by us that left a little bit to be desired.”

Valpo looked sharp early on in the match, earning a corner kick after a good spell of possession in the 10th minutes of the match.   The Crusaders were unable to make anything of the early chance, however.  Minutes later, the Golden Hurricane was able to finish a chance of its own on a Kyle Cumings goal in the 15th minute.   The first half would end in a 1-0 Tulsa advantage.

The #12 Golden Hurricane would have the better of play in the second half.  Tulsa would continue to be opportunistic, capitalizing on mistakes made by the Crusaders.  The Gorden Hurricane would add goals from Akeil Barrett, Omar Mata, and Cristian Mata to make the score 4-0.  The Crusaders were able to create chances late in the game with Nick Suker (Downers Grove, Ill./South) forcing the Tulsa goalkeeper to make a save and Julio Velasquez (Albuquerque, N.M./Cibola) hitting a ball just wide of frame.

“I think we could look at a lot of different reasons why we had this result tonight – we had some tough travel yesterday, the numbers of road games we’ve been playing, and all those things,” said Avery.  “But at the end of the day what really happened was that we ran into the really tough Tulsa team and they made us pay for every mistake that we made.  That was really the story of the game; we were doing fine in the game and we made one error and they capitalized.  They capitalized on our mistakes and that’s what good teams are able to do.”

Tom Serratore (Tinley Park, Ill./Andrew) came up with 3 saves on the night for the Crusaders.  Suker, Velasquez, Omar Lawrence (Kingston, Jamaica/Excelsior), and Zev Taublieb (Malibu, Calif./Agoura) each took shots for the Crusaders.  With the result, Valpo moves to 2-1-3 on the season, with tonight’s game being the only blemish on what is an impressive starting record.

“The good news is that it this loss only counts as one loss in the record, and the other really good news is that we get to play again on Sunday,” said Avery.  “Even though it’s a quick turnaround for our game and we’ve got some travel to get to Western Illinois for a game on Sunday, we’re excited to put this behind us and get back on the field and get going again.  We’re a lot better than we played tonight and we’ll show that come Sunday.  I think the guys will be ready for a good performance on Sunday.”

The Crusader men are back to work this Sunday as the team travels to Western Illinois (1-5-0) to take on the Leathernecks.  Live stats for Sunday’s match will be available through ValpoAthletics.com.  Stay connected to the team as they travel to Western Illinois by following @VUMSO on Twitter.