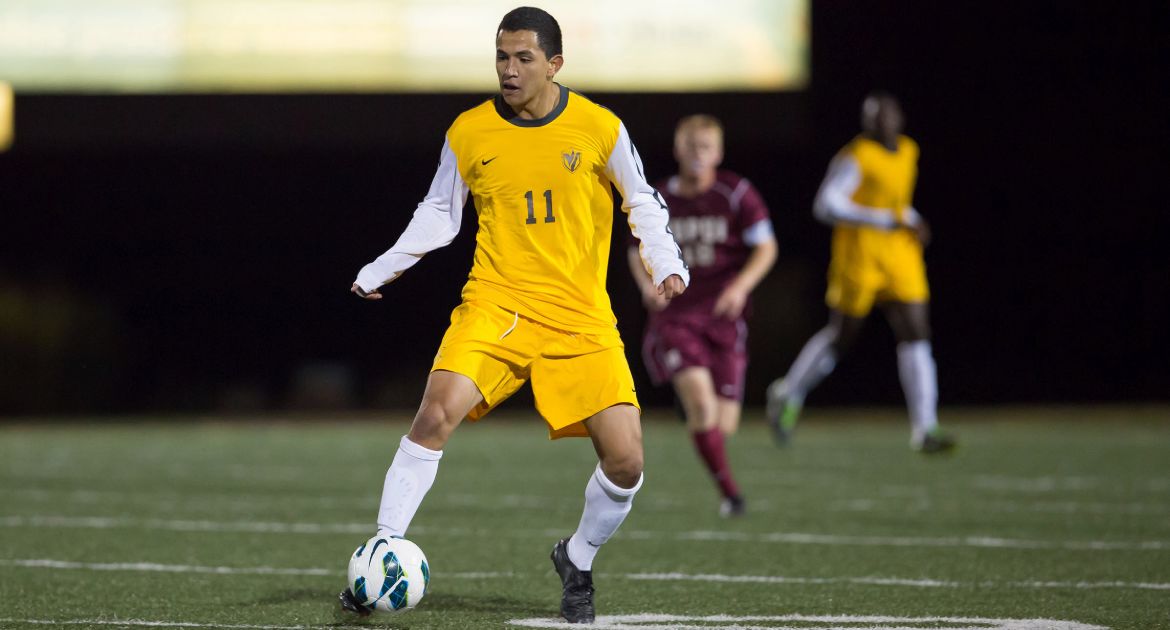 Playing without several key players, the Crusaders were able to strike first in their game at Kentucky, scoring in the 11th minute of the match. The one-nil lead would slip away in the second half, however, as the Wildcats were able score two unanswered goals midway through the second half. The Crusaders would battle back and create chances to level the game but were unable to find an equalizer. Kentucky would go on to take a 2-1 victory over Valpo.

“We want to congratulate Kentucky on their come-from-behind win tonight, they’re a good team and they have a beautiful venue,” said head coach Mike Avery. “It’s exciting to see another great soccer stadium being completed on a campus in this country. I really enjoyed the opportunity to travel down there to play tonight.”

“It’s a little disappointing for us. We’re a little banged up, playing without three of our top players, all seniors out with injuries, but we’re not unique in that,” said Avery. “Everyone goes through that at some point in the year, maybe not all at the same time, but it’s not an excuse in any way.”

The Crusaders were able to withstand pressure early from the Wildcats, as Tom Serratore (Tinley Park, Ill./Andrew) produced an important save in the early stages of the match. Kentucky’s Charlie Reymann was able to fire a shot headed for the far post but Serratore was able to make a diving save to keep the game level.

After the early scare, the Crusader men were able to settle into the game and move the ball. A good sequence of passes led to Eric Nieto (Fort Lauderdale, Fla./Louisville Collegiate [Ky.]) on the ball roughly 25 yards from goal. A clever touch gave Nieto just enough time and space to fire a shot on goal in the 11th minute of the match. Nieto’s strike proved to be a terrific one, as the ball traveled on a rope to the top left corner of the Wildcat goal. The goal, Nieto’s first of the season, put the Crusaders up 1-0 early. Zev Taublieb (Malibu, Calif./Agoura) assisted on the goal.

Two mistakes from the Crusaders led to two Kentucky goals early in the second half. In the 58th minute, the Wildcats were able to score off of a header that deflected into the Crusader goal. Serratore reacted to the header well, but the deflection put the ball out of reach. The Wildcats were able to produce the game winner minutes later in the 65th minute of play. Kentucky’s Sam Miller was able to score off of a cross after making a late run into the penalty area.

“I think we had some players step up in terms of the soccer, but I think we were missing a little bit of leadership on the field and I think it showed tonight,” said Avery. “Soccer is a game where you can’t really lead from the sidelines, you need players on the field to step up and take the reigns. I think in some cases we showed our naive nature a little bit with some of the guys - we rely on some senior leadership and we just don’t have it available right now.”

Down 2-1 late in the game, the Crusaders pressed hard for an equalizer. It appeared as if they had found it in 88th minute, but the effort from Jacob Unger (Apex, N.C./Middle Creek) was blocked in the six-yard box while on its way toward goal. Kentucky would go onto win the game 2-1 to put the Crusaders at 3-5-5 on the season.

“All credit goes to Kentucky, they found a way to come from behind and figure out a way to break us down and get a couple of goals out of it,” said Avery. “The good news for us is that we’re going to get almost everybody back prior to our next game and I think we’ll finally be at full strength. Its been a while since we’ve been able to say that so we’re excited to take a little bit of a break and get ourselves right to see if we can put together a run at the end of the season starting with our game against UIC on the 25th.”

The Crusaders are back in action on Friday, October 25th, as the team hosts UIC in a crucial Horizon League match. The game vs. UIC also marks the fifth annual TOCO benefit match hosted by the Valparaiso men’s soccer program. Kickoff for the game is scheduled for 7 p.m. Live stats for the match will be available through ValpoAthletics.com