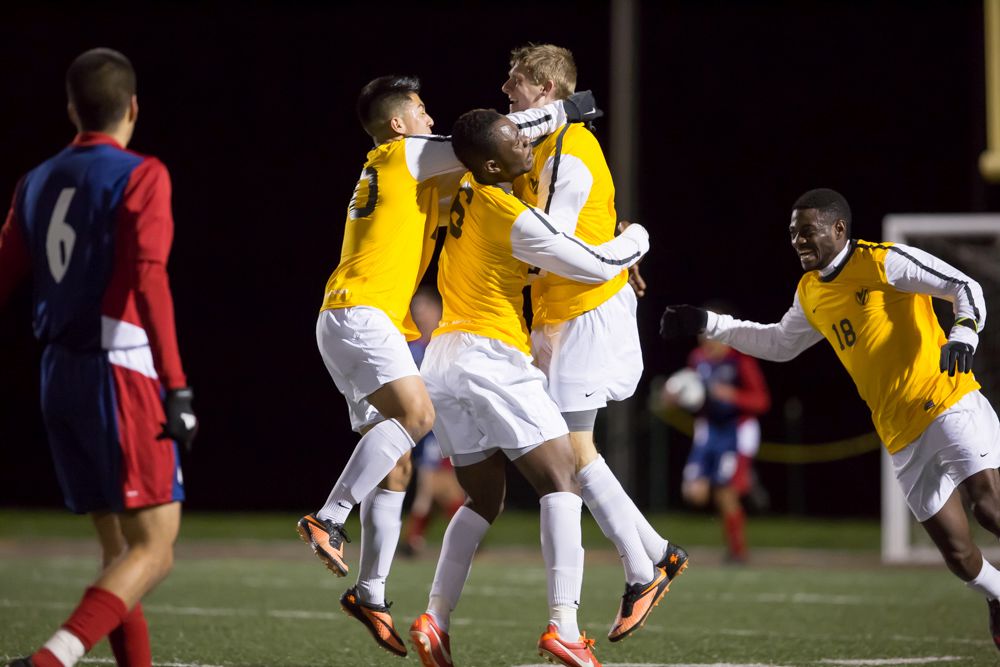 This Week in Crusader Soccer: The Crusader men take on Western Michigan on Wednesday night for a mid-week, nonleague match. On Saturday, the Crusaders travel to Cleveland State to play in what is shaping up to be their most important Horizon League match of the season, as they must secure a result.

Previously: A goal in the 42nd minute from Kevin Klett wasn’t enough in the Crusaders’ Horizon League match against UIC on Friday, as the Flames were able to put two away in the second half to beat the Crusaders 2-1 and stay unbeaten in league play.

Following The Crusaders: Wednesday's game against Western Michigan will have live stats available through ValpoAthletics.com. Saturday night's match against Cleveland State will have free live video available through the Horizon League Network with live stats available through ValpoAthletics.com. Over the course of the 2013 season, all of the Crusaders' league games will have free live video on the Horizon League Network, including three matches at home. Visit @VUMSO on Twitter to view comments and photos leading up to each match.

Scouting the Opposition: Western Michigan - The Broncos enter Wednesday's contest at 6-7-1 on the season, with 22 goals for and 24 goals against. Leading the Western Michigan attack is Matheau Rogers with four goals and three assists. In goal for the Broncos is Chase Rau who has a G.A.A of 1.85. Cleveland State - The Vikings are currently 2-2-0 with six points in Horizon League play. League wins came against Green Bay and Detroit. The Vikings sit with 19 goals for and 22 goals against. Nine players have scored for Cleveland State. Admir Suljevic leads the way with five goals. Three players have seen time in goal for the Vikings. Nick Ciraldo has spent the most time in between the pipes and has conceded ten goals.

Notables: Kevin Klett's goal in the 42nd minute of the match vs. UIC on Saturday was the freshman's first goal of his career. Klett was able to chase down a long ball sent in by freshman Adrian Graham and beat the UIC goalkeeper to put the Crusaders up 1-0 in the match. The assist was also the first of Graham's career.

Strong Starts: In their last two games, the Crusaders have gotten off to fantastic starts. At Kentucky, Eric Nieto was able to score in the 11th minute, and against and against UIC, Kevin Klett put the Crusaders up a goal to none in the 42nd minute. Each game however, would end in a 2-1 decision. Even though the results didn't go as Valpo had hoped, this evidence of strong play early in matches is promising.

Finishing Chances: Valpo now sits with just 13 goals scored in 14 matches. The Crusaders are creating plenty of chances but are missing the final touch needed to find goal. What's promising is that eight players have accounted for the 13 goals scored. Kevin Klett, Eric Nieto, Adrian Graham, Julio Velasquez, and Jordan Aidoud each have one goal this season, while Todd Vervynckt has netted two goals to his name. Leading the team this season are Charles Barden and Nick Suker with three goals apiece.

Ranked Opponents: The Crusaders have played four teams that have been ranked in the Top 25 of the national rankings. Three of those games have come on the road.  The Crusaders played #24 Michigan State, #12 Tulsa, ##19 Dayton, and #24 Milwaukee. Valpo is 1-3-0 against Top 25 opponents then win coming in a 2-1 victory over Michigan State.

Champions in the Classroom:  In 2012, Todd Vervynckt was selected to the Horizon All-Academic team, the CoSIDA Academic All-American Third team, and the All-District V first team. Vervynckt is in the Mechanical Engineering program at Valparaiso.