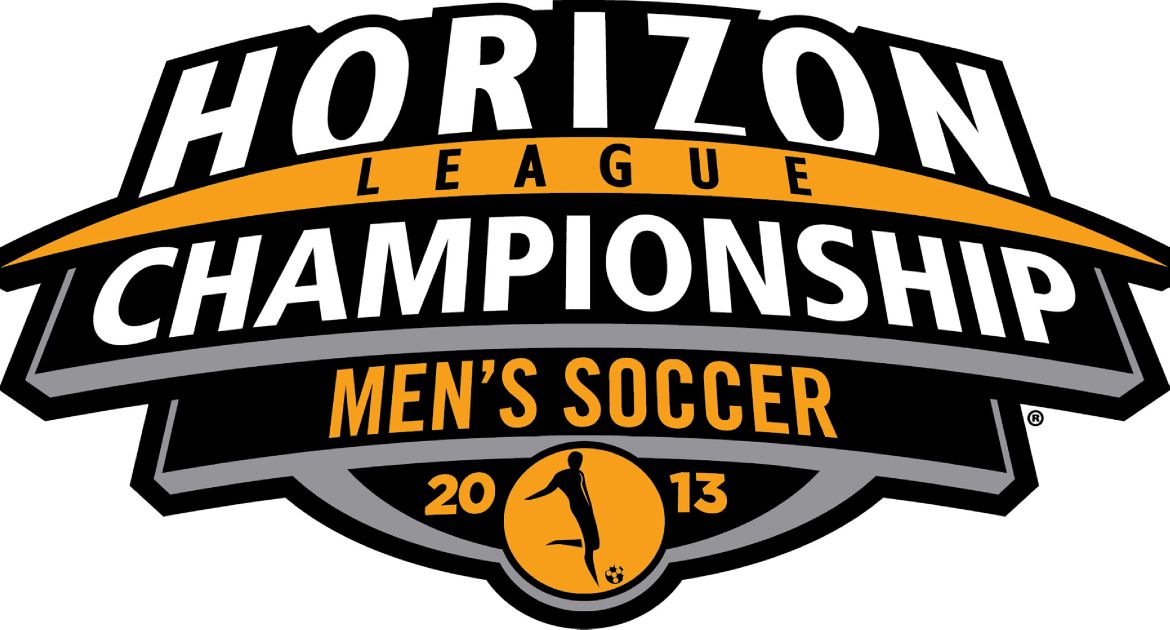 With Quarterfinal Match at No. 3 Oakland

This Week in Crusader Soccer:  The Crusader men begin their quest for a Horizon League Tournament Championship on Tuesday night, as the team travels to Rochester, Mich. for a quarterfinal game against the Oakland Grizzlies. Kickoff for the match is scheduled for 6:00 p.m. CT. The semifinals and finals will take place on Friday, Nov. 15 and Sunday, Nov. 17 at UIC.

Previously: Needing to claim all three points in their final Horizon League match of the season, on senior night, the Crusader men defeated Detroit 1-0 to secure a berth in the Horizon League Championship. With less than a minute remaining in the first half, Jesse Ortiz beat a Detroit defender at the top right corner of the penalty box, and hit the ball into the top left corner of the goal. Ortiz’s goal turned out to be the match-winner, as the Crusaders went on to defeat the Titans 1-0.

Series Notes:  Oakland - The Crusaders are 3-6-2 all-time against the Grizzlies. The two sides last met earlier this season at Oakland on September 6th. That match, the first Horizon League contest of the season for both teams, ended in a 1-1 draw. Charles Barden netted the goal for Valpo.

Scouting the Opposition:  Oakland - The Grizzlies finished the regular season 6-6-5 overall, and 4-2-1 in the conference for a #3 seeding in the tournament. Conference wins for the Grizzlies came against Cleveland State, Detroit, Wright State, and Green Bay. The Grizzlies have scored 19 goals and have conceded 25. Joey Tinnion leads in goals (7), assists (4), and points (18). Sean Lewis has started 15 games in goal for Oakland. The goalkeeper owns a 1.04 G.A.A. In their last meeting with the Crusaders, Matt Rickard scored the equalizer in the 81st minute of play.

Reigning Defensive Player of the Week: Junior Mitch Albrecht was just selected as Horizon League Player of the Week of Nov. 4 - Nov. 10. In the Crusaders’ two matches over the week, Albrecht played in every minute of each match and anchored the Crusader back line in a must win game against Detroit. The Crusaders earned a shutout in the game, holding Detroit to just three shots on goal.

Offensive Player of the Week: Senior Charles Barden was selected as Horizon League Player of the Week of Oct. 28 - Nov. 3. In the Crusaders’ lone match of the week, Barden logged 80 minutes and scored the game-winning goal in the 87th minute at Cleveland State. Barden leads the team with four goals and ten points.

Finishing Chances: Valpo now sits with 15 goals scored in 17 games played. Nine players have accounted for the 15 goals scored. Jesse Ortiz, Kevin Klett, Eric Nieto, Adrian Graham, Julio Velasquez, and Jordan Aidoud each have one goal this season, while Todd Vervynckt has netted two goals to his name. Nick Suker is second in goals scored with three and Charles Barden leads the team with four.

Ranked Opponents: Currently, the Crusaders have played five teams that have been ranked in the Top 25 of the national rankings. Four of the games versus ranked opponents have come on the road.  The Crusaders played #24 Michigan State, #12 Tulsa, #19 Dayton, #24 Milwaukee, and #20 Michigan. Valpo is 1-4-0 against Top 25 opponents - the win coming in a 2-1 victory over Michigan State.

Horizon League Championship Berth: With a 1-0 win over Cleveland State on November 2nd and a 1-0 win over Detroit this past Saturday; Valpo secured a berth in the Horizon League Championship. In order to secure the berth, the Crusaders had to claim all three points in their game against Detroit, which they were able to do. Additionally, Green Bay had to drop all three points in their match at UIC, which they did in a 2-1 loss. With both results going in favor of the Crusaders, Valpo advanced to Championship play on 8 points.

Senior Night: Seven seniors played the last game of their careers at Brown Filed on Saturday. Those seniors include Todd Vervynckt, Charles Barden, Yannick Iwunze, Jesse Ortiz, Daniel Killen, Ben Burnett, and Luke Dunn. Fittingly, it was senior Jesse Ortiz who scored the lone goal of the match to give the Crusaders the victory.

Tough Schedule: The Crusader men played just four home games over the course of the 2013 season. The Crusaders were scheduled to play five home games this season; Mother Nature had other plans however, as Valpo's home game against Western Michigan was canceled due to severe weather. Therefore, home games were at premium in the 2013 season and the Crusaders made the most of them. Valpo was 2-2-0 at home; winning their last game of the season at home to qualify for the Horizon League Championship.