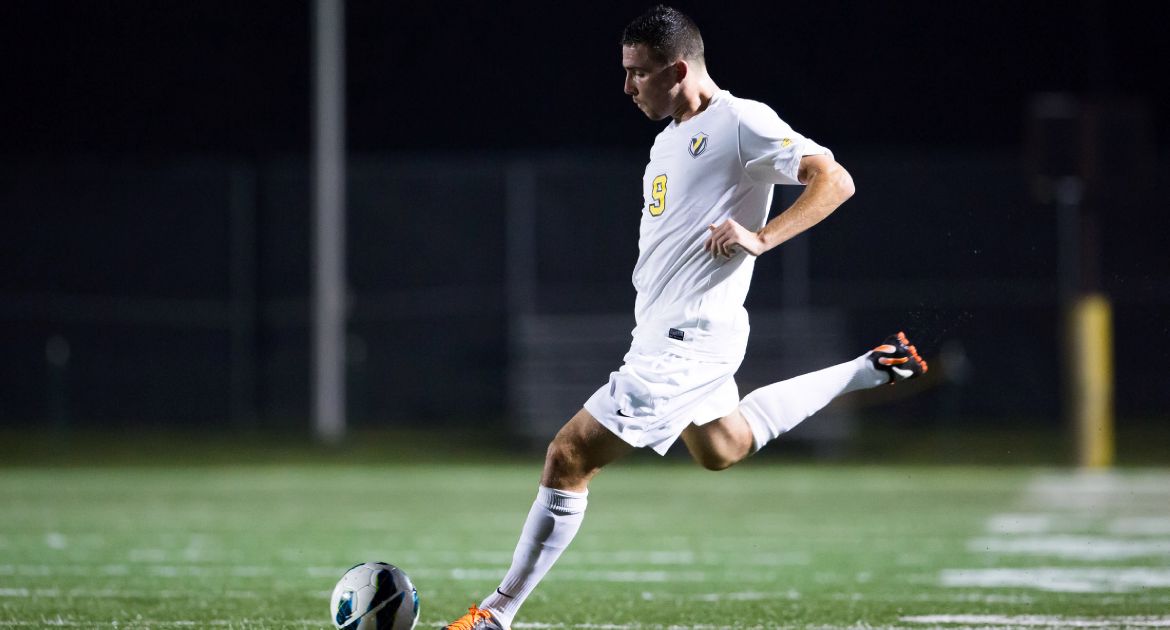 The Crusaders went up a goal to none in 33rd minute of their Horizon League Quarterfinal match against Oakland. The Grizzlies, however, were able to score two unanswered goals - one just before half in the 42nd minute and the other in the 64th minute. Unable to create an equalizer, the Crusader men would end one of the program’s most challenging seasons to date in a 2-1 loss.

“We are all very disappointed in the outcome of the game tonight,” said head coach Mike Avery. “Oakland is a good team and we knew that the game would really challenge us, but I felt that for large parts of the night we were up to that challenge and seemed to have things in control.  We played well in possession and created two or three of the night's best chances.”

The Crusaders were buzzing in the early stages of the game; possession was crisp, energy was high, and the team was creating chances. The first quality chance of the first half came in the 28th minute, as Jack McIver (Cincinnati, Ohio/Cincinnati Hills Christian) went on a run that ended with him taking a shot on goal inside the Grizzlies penalty area, but Oakland goalkeeper Sean Lewis was able to produce a huge save for the home side. Lewis was able to block McIver’s initial effort, but the power behind the shot forced a rebound that fell back to McIver. McIver placed his second attempt just wide of the target.

Valpo would find the opening goal of the match just over five minutes later, as Nick Suker (Downer’s Grove, Ill./South) was able to tuck one away in the 33rd minute The goal was Suker’s fourth of the season, which tied him with Charles Barden (Cedar Rapids, Iowa/Linn-Mar) in goals scored. Jesse Ortiz (Aurora, Ill./West Aurora) played a dangerous ball into the area that was controlled by an Oakland defender. Pressure from Suker made the Oakland back uncomfortable and caused him to turn the ball over in a dangerous spot. All that was left for Suker to do was tuck the ball inside the near post.

Oakland’s Chase Jabbori was able to level the game at 1-1 in the 42nd minute of play with a well-placed header. The Crusaders nearly reclaimed the lead minutes later, but a quality strike from Kevin Klett (Muncie, Ind./Burris) would be saved by Lewis.

“There's no way to sugar coat it, the deciding goal was a miscommunication between two very good and reliable players,” said Avery. “It's not something we saw coming nor something that would probably ever happen again if we played the same game a hundred times. Our back four and goalkeeping have been tremendous all year, tonight included, so one outlier moment doesn't change that.  Good teams take advantage of mistakes, so credit goes to Oakland for being opportunistic.”

In the second half, Valpo seemed poised to create the game-winning goal, but a mis-queue among the Crusader defense resulted in Oakland taking a 2-1 advantage over the Crusaders. For the remaining 24 minutes, the Crusader men pushed hard for an equalizer. They nearly found it in the 88th minute, but shots from McIver and Todd Vervynckt (Plymouth, Ind./Plymouth) would be blocked on their way to goal. Oakland held onto it’s 2-1 lead as time expired, ending Valpo’s season.

“While it stings a bit tonight, it certainly does not diminish how proud I am of my team,” said Avery. “We grew throughout one of the most challenging schedules in program history, and over the past few weeks really became a team capable of competing for the league tournament title. It's a testament to our senior class that the team stayed on course, and the groundwork these guys have put in this year is going to carry Valparaiso on to a very bright future.”