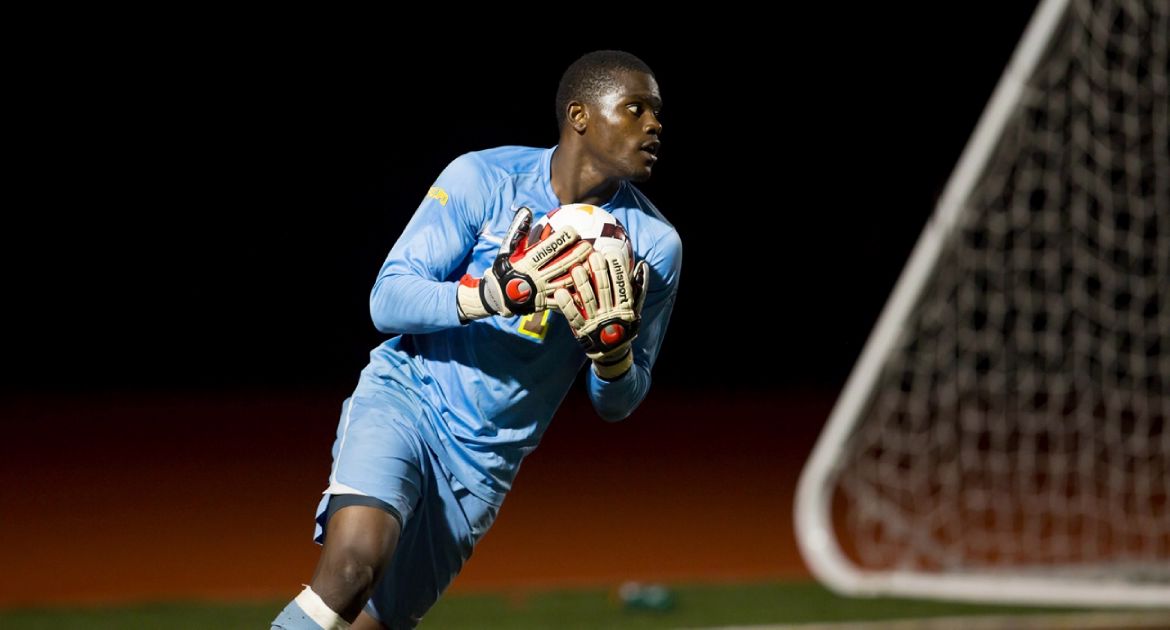 Nico Campbell makes a save for the Brown and Gold
Valparaiso at Davidson | August 31, 2014

"It was a difficult match in a lot of ways today,” said Crusader coach Mike Avery. “First, it was very hot and very humid. Second, Davidson is a good team coming off a big Friday night victory over Cal Poly. Last, we put a lot of energy into our NC State match less than 48 hours ago, so we knew this game would really test our resolve, our concentration, our fitness, and our depth.  Taking all these things into consideration, I was pleased with our performance today.”

The Crusaders continued their strong defensive play in front of sophomore goalkeeper Nico Campbell (Kingston, Jamaica), who finished with three saves, the last coming in the 107th minute, to earn his second shutout of the season and third of his career.

The Crusaders outshot the Wildcats, 14-10, with three of those coming on goal. Junior midfielder Jordan Aidoud (Lyon, France) led the way with three shots, with one on goal. Freshman midfielders Ramone Howell (Portmore, Jamaica) and Keano Williams (Lucea, Jamacia) each had their chances to win the game for the Brown and Gold in the second overtime, with William’s shot coming in the 101st minute and Howell’s in the 109th.

"We controlled most of the game, created most of the chances, and held another quality team at bay,” Avery said. “Two shutouts in two road matches is something we can build off, and we know our attack is very close to finding its groove. In both games this weekend we had chances that beat the goalkeeper but came off the post, and once that first one falls, I'm confident many more will follow. We've generated more quality chances this season than we have in recent years, and we have a lot of talented attacking players. Once these players find a rhythm together, this team has a lot of goals in it.”

Valparaiso (0-0-2) continues their road trip next week, Sept. 9, against the Butler Bulldogs. Kickoff is set for 6 p.m. CT, with live stats available through ValpoAthletics.com.

"Our schedule gets harder as we face two teams next that were unbeaten this opening weekend of play, and both games are on the road,” Avery said. “We have about ten days now to prepare for the next round of games with Butler and Michigan State, and this weekend has given us some focus for training.”