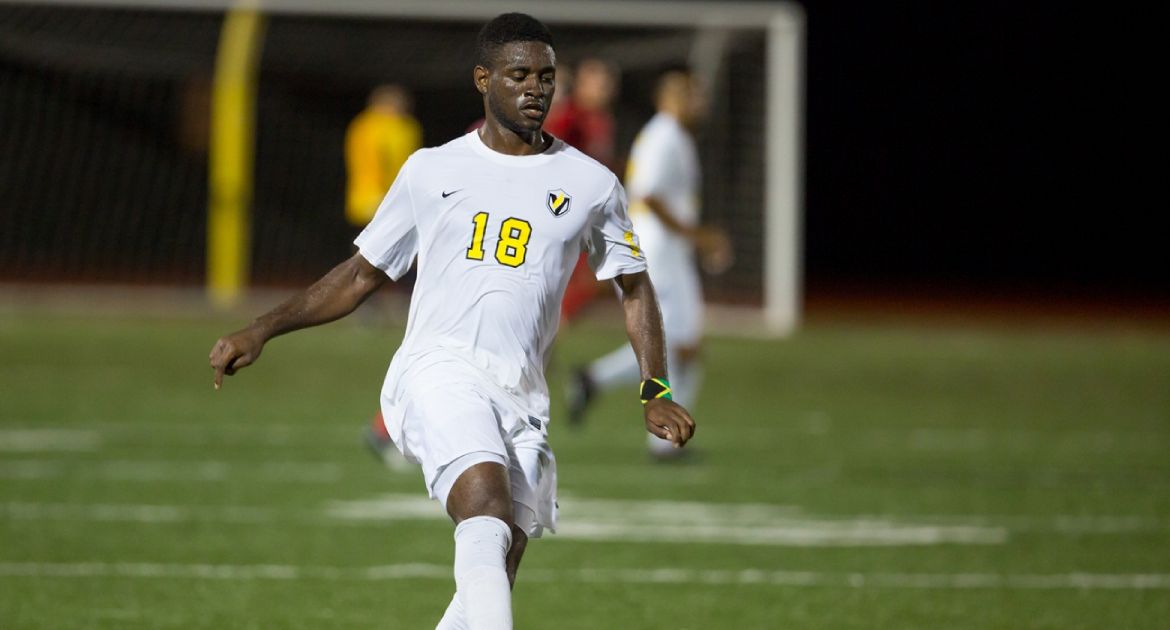 The Crusaders continued their season-opening road trip with their signature lock-down defense and opportunistic scoring against the Spartans in East Lansing. Sophomore defenseman Omar Lawrence (Kingston, Jamaica/Excelsior) broke the scoreless tie in the 57th minute when a loose ball in front of the net found his foot and he sent it home. Freshman forward Stian Sandbekkhaug (Ottawa, Ontario, Canada/Frisco Liberty) picked up his first assist.

“I'm very proud of the boys tonight because this is obviously a big win for our team this season, and for our program in the overall picture bigger than just this season,” said Crusader head coach Mike Avery. “Michigan State is a talented and well-coached team that is deservedly highly ranked, and to grind out a win on their home field is a great accomplishment.”

Playing their second match in two days, the Crusaders had to dig deep to knock off the Spartans. “I don't think today was our best performance,” Avery said. “We just played a double overtime game, also on the road, less than forty-eight hours ago. We lacked some sharpness with the ball and understandably had heavy legs.”

The Brown and Gold defense stifled the Spartans offense all night, blocking five shots while sophomore goalkeeper Nico Campbell (Kingston, Jamaica/St. George’s College) continued his stellar play by stopping two shots en route to his third shutout of the year and improved his record to 2-0-2.

The Crusaders kept up the offensive pressure on the Spartans all game, registering five shots on goal and 15 shots overall.

“Our resolve and our grit were never in doubt, and ultimately those qualities can carry us on days when the finer points of the game are just missing the mark,” Avery said. “This group has tremendous potential, and we are still growing, but lessons like today will go a long way.”

Valpo faces another Big Ten opponent next week on Wednesday, September 17, when they travel to Evanston, Ill. to battle Northwestern. Kickoff is scheduled for 9:30 p.m. CT, with live stats available through ValpoAthletics.com