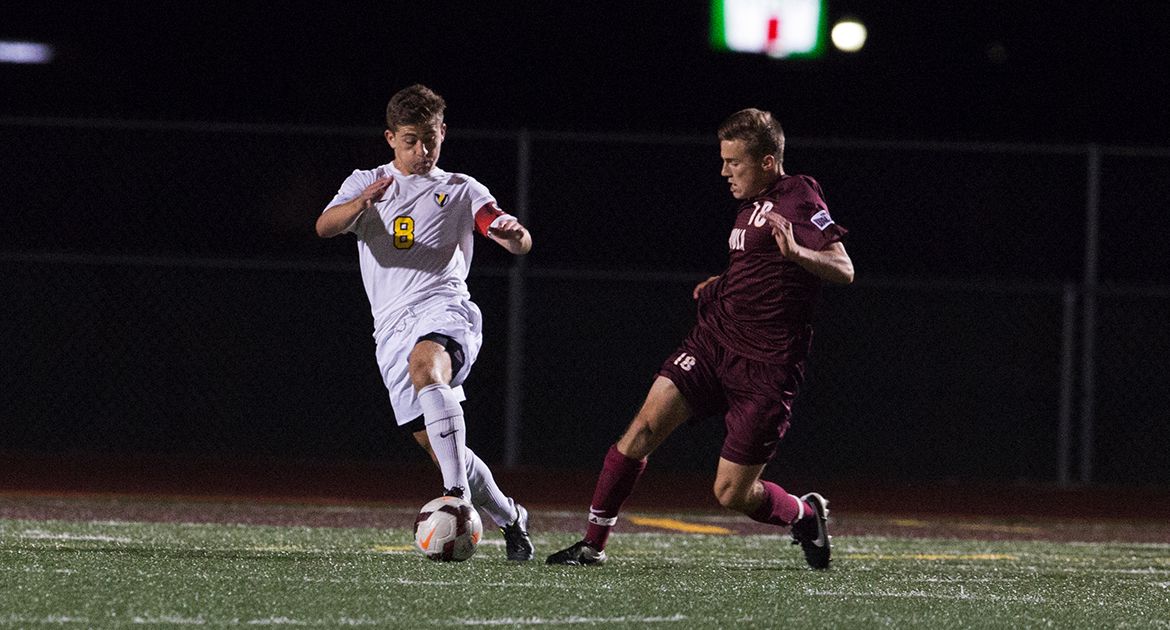 The theme for this year’s Valparaiso men’s soccer team has been suffocating defense and overtime games, and it was the same tonight as the Crusaders defeated Loyola in overtime, 1-0.

The hero this time was senior captain Zev Taublieb (Malibu, Calif./Agoura), who pounced on a rebound off of Ramblers goalkeeper Tim Dobrowolski in the 95h minute for his first goal of the season to send the Crusaders home with the victory. Classmate Nick Suker (Downers Grove, Ill./South) earned the assist after his initial shot was stopped by Dobrowolski.

“It was another good win for us tonight and I could not be more proud of the boys,” Crusader head coach Mike Avery said. “Loyola is a very difficult team to play against and Coach Jones and his staff are really doing a tremendous job with their group. They are athletic, pose problems with their size and pace and they are tightly organized. It took us a long time to break through, but credit to our guys for hanging in there and finding a way yet again to win a close game.”

Sophomore goalkeeper Nico Campbell (Kingston, Jamaica/St. George’s College) was hardly challenged by the Ramblers offense, as they were held to one shot on goal and only four overall by the Brown and Gold’s stout defense. Campbell quickly snuffed out the one chance in the first half for his only save of the game.

“Our attention now turns very quickly to Belmont and the opening of league play,” Avery said. “The start of the conference season gives every team a new opportunity. We have had a good pre-conference run against some talented teams, so hopefully we can carry all the lessons learned into Friday night's match and get the league race started off on the right foot.”

Valparaiso (4-1-2) now turns to Horizon League play, as the Crusaders travel to the Volunteer State and welcome Belmont to the league for a Friday night match. Kickoff is set for 7:00 pm CT. The game will be broadcast on the Horizon League Network via HorizonLeague.com and live stats will be available through ValpoAthletics.com.