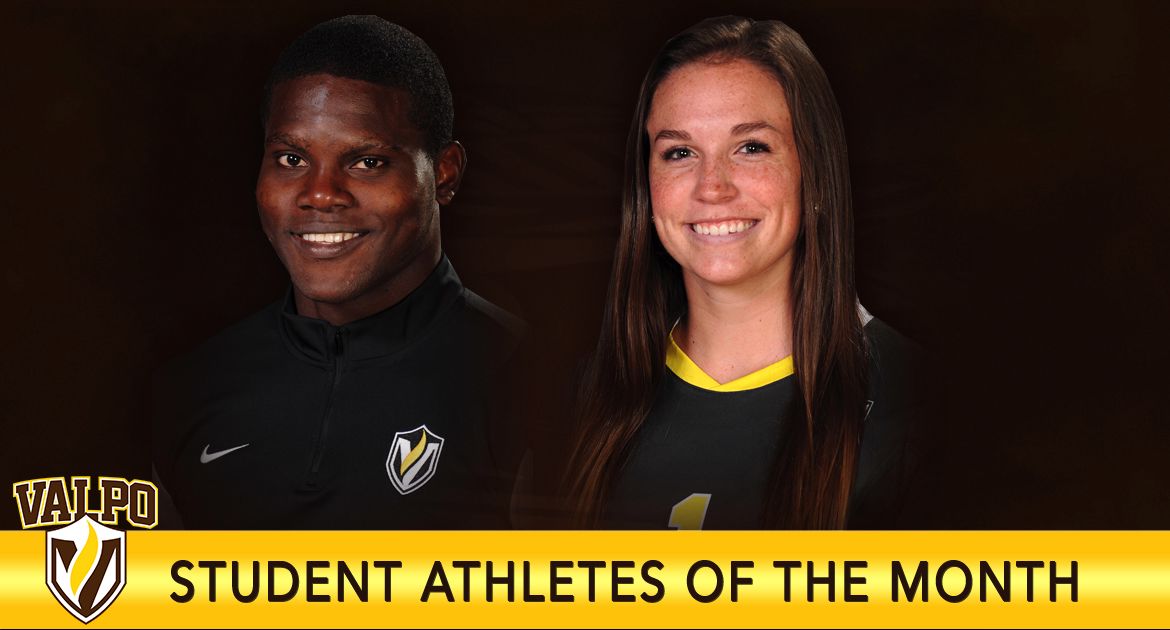 Nico Campbell anchored the Crusaders’ defense in goal in the opening month, helping propel Valpo into the top-25 nationally.  Campbell started eight of Valpo’s nine matches at goalkeeper, posting a 4-1-3 record and four shutouts as the Crusaders faced arguably the toughest pre-league schedule in program history.  His GAA of 0.57 and save percentage of .853 through the end of September both ranked among the top-20 in the nation individually.  Campbell was named Horizon League Defensive Player of the Week on Sept. 2 and was named to the College Soccer News National Team of the Week on Sept. 15.

Emily Campbell has led the Crusader volleyball team offensively as it enjoyed the best start to a season in program history.  Campbell averaged a team and Horizon League-best 4.35 kills/set through the end of September, leading Valpo in kills in 13 of its 16 matches, and also tallied 2.70 digs/set.  The Crusaders started the season 14-1, posted a 13-match winning streak – second-longest in program history – and won three consecutive in-season tournaments.  Campbell was named to the All-Tournament Team at the NCCU Invitational, was honored as tournament MVP at the Skyhawk Invitational and received Horizon League Offensive Player of the Week honors on Sept. 15.