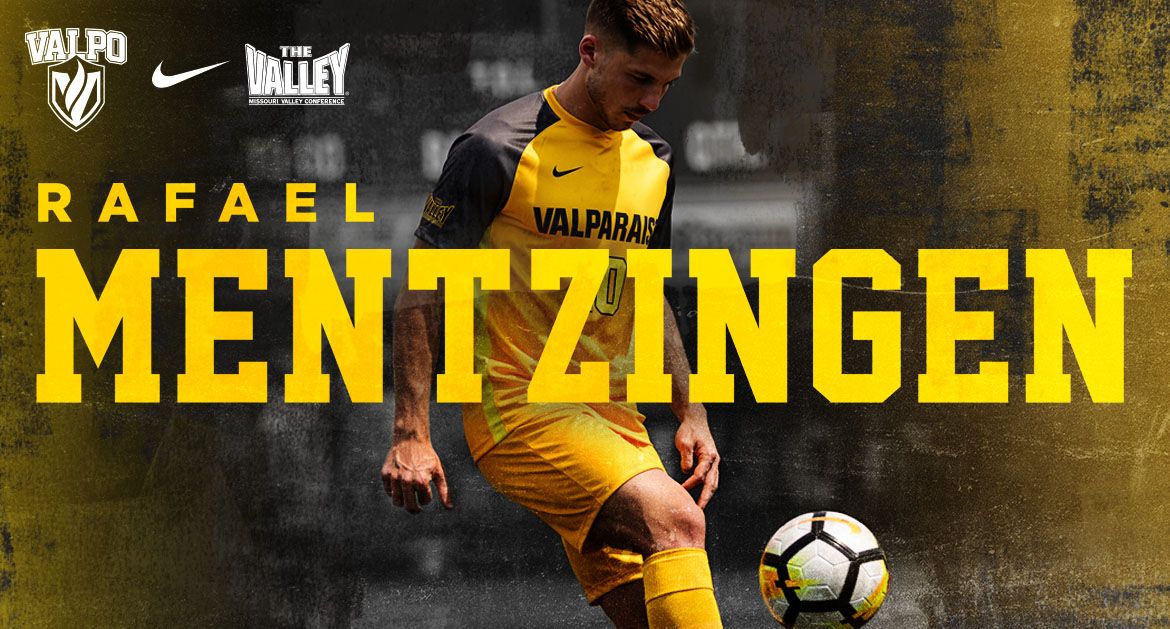 Mentzingen was named to the United Soccer Coaches All-West Region Second Team for the second consecutive season. He finished his two-year Valpo career with 11 goals, three assists and 25 points.

This year, Mentzingen added to his collegiate resume by garnering first-team all-conference for the second consecutive season. He totaled six points this season to rank second on the team and led the conference with 3.53 shots per game during the regular season. Mentzingen was featured as part of the MVC’s Scholar-Athlete Spotlight on Sept. 19 and was named to the All-Tournament Team for his play at the University of Wisconsin over Labor Day Weekend in a pair of matches against Big Ten teams.