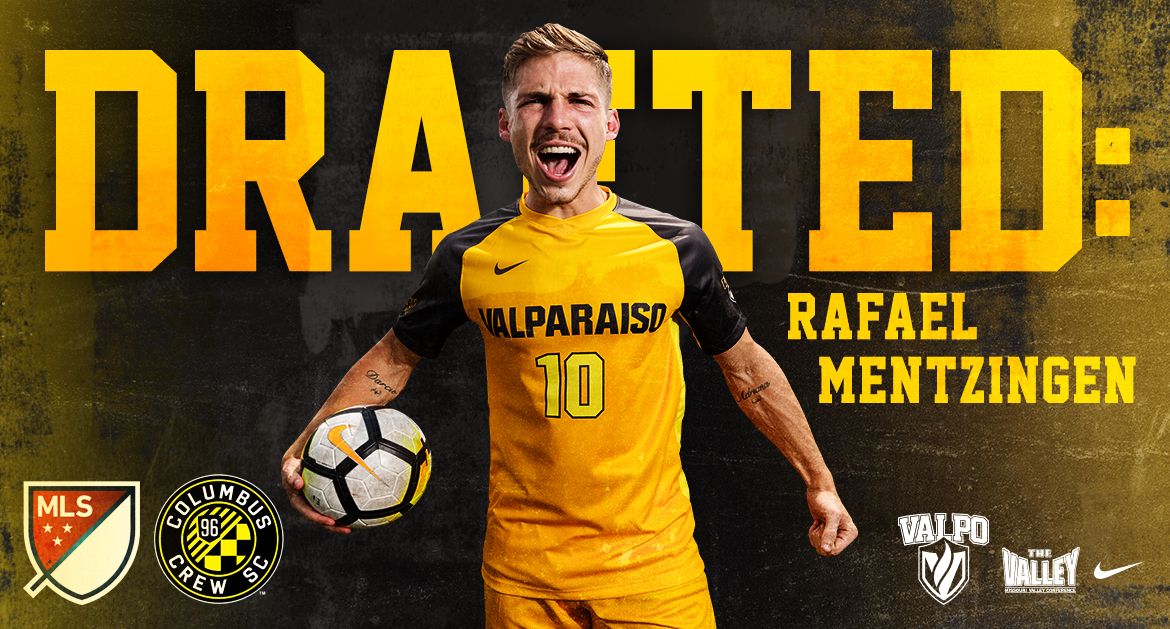 The success of Valparaiso University men’s soccer alumni continued to grow on Monday as December 2018 graduate Rafael Mentzingen (Rio de Janeiro, Brazil / Bryan) was selected in the fourth round of the 2019 Major League Soccer SuperDraft by the Columbus Crew as the 90th overall pick.

Mentzingen thrived in all aspects of his Valpo experience, serving as a team captain while garnering All-Missouri Valley Conference First Team and United Soccer Coaches All-Region Second Team honors in each of his two seasons on campus. He needed just 3 ½ years to complete his undergraduate degree in economics and finished with a 3.81 grade point average.

“It's very exciting to see Rafa's name get called by the Columbus Crew,” Valpo head coach Mike Avery said. “Rafa represents our third MLS draft pick in the last six years, the eighth active player now playing somewhere in the world of professional soccer, and, including the few other recent grads currently out of contract, the 12th overall pro player in that same time span. That's an incredible number and a testament to how far this program has come, the brand of soccer we play and the caliber of player Valparaiso attracts, develops and graduates.”

Mentzingen recently signed a contract with the USL's Lansing Ignite, but this pick allows Columbus to retain his MLS rights.

“I have no doubt that Rafa will use the experience in Lansing under their coaching staff to grow as a professional player, and Columbus will soon reap the rewards in this pick,” Avery said. “Rafa has MLS potential. He's electric on the field, a class person off the field and will be a fan favorite in both Lansing and Columbus before long.”