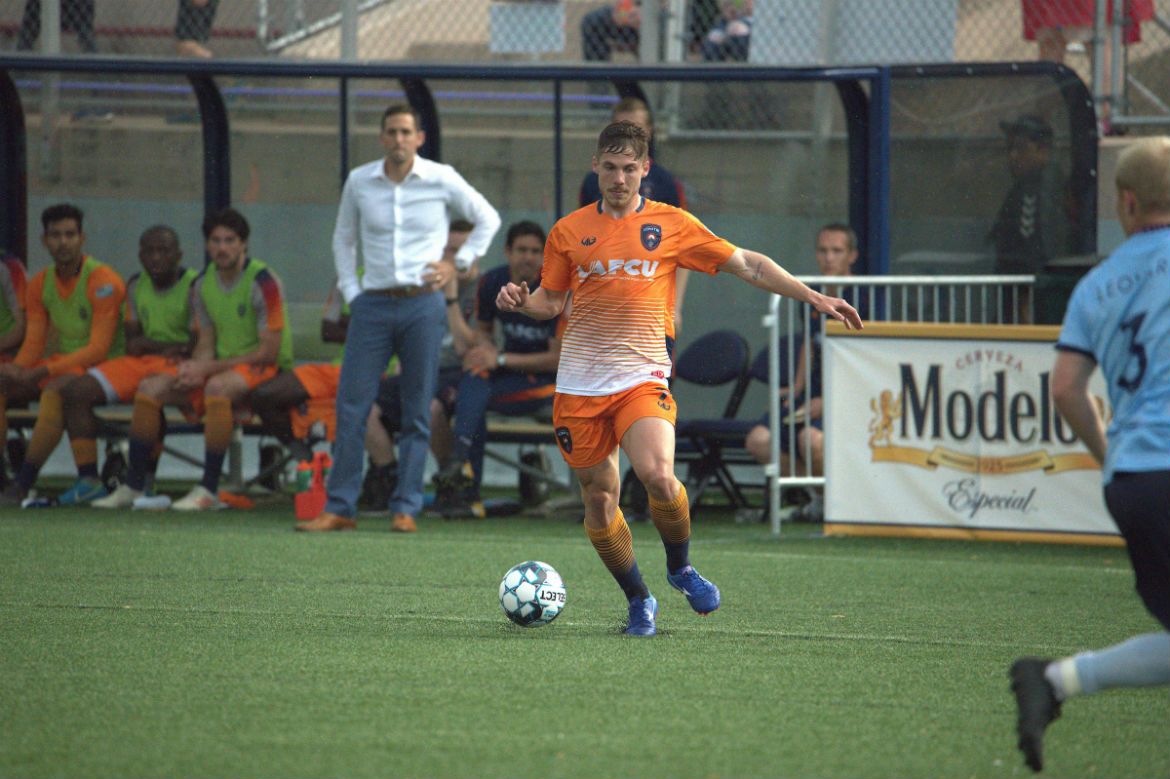 Former Valparaiso University men’s soccer standout Rafael Mentzingen (Rio de Janeiro, Brazil / Bryan) earned a high honor for his professional prowess on Thursday as he was named the USL League One Player of the Month. Mentzingen is a member of Lansing Ignite FC.

“It’s a great honor to be player of the month in a league with so many top players, especially in a month in which the race for playoffs became so intense,” Mentzingen said in a team release. “I think there were a couple factors that helped me have good performances in the month of July. First of all, having my mom and sister here gave me the confidence and the extra motivation to push myself to a higher standard. Also, my teammates and the coaching staff gave me the confidence and the freedom I need to play the way I feel most comfortable.”

Mentzingen scored two goals and had three assists as his team went undefeated in six games during the month of July. He received 60 percent of a weighted poll that included the USL League One Technical Committee and an online fan vote held at USLLeagueOne.com.

After playing for two seasons under head coach Mike Avery, Mentzingen graduated in December 2018 with a grade point average above 3.8 in economics. He achieved numerous honors during his time at Valpo as he was named to the United Soccer Coaches All-West Region Second Team in both 2017 and 2018 while also earning first-team all-conference in both years on campus.

Mentzingen’s latest honor adds to a glowing history of professional success for the Valpo men’s soccer program, which has produced countless professionals under Avery’s guidance.