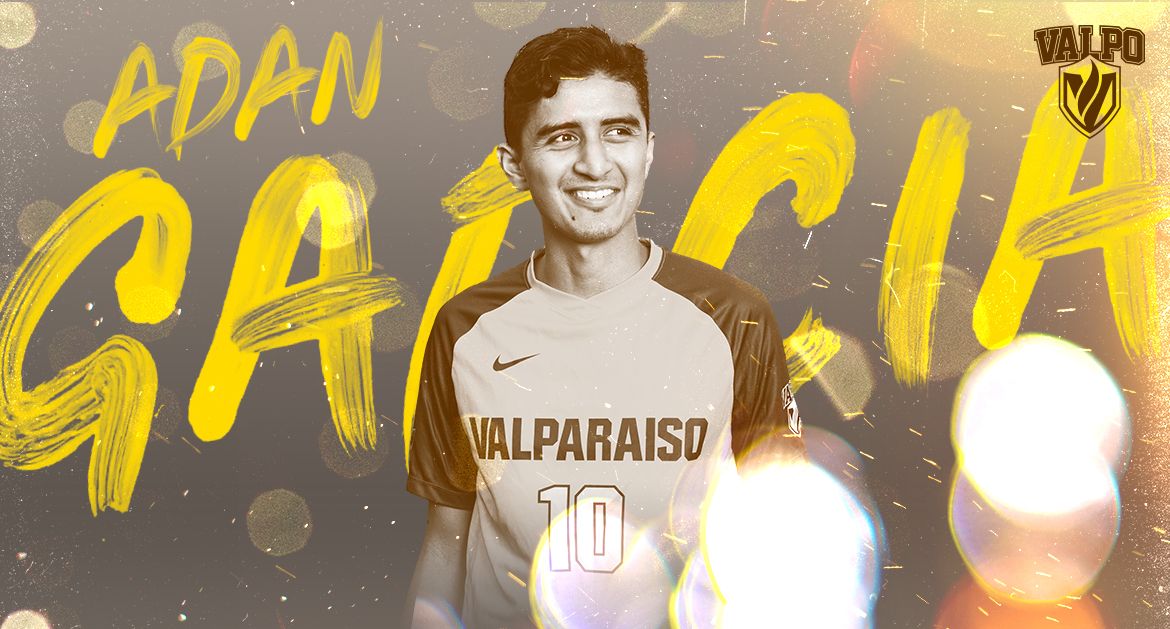 Valparaiso University senior Adan Garcia (Dallas, Texas / Episcopal School of Dallas) was recognized by the Missouri Valley Conference on Tuesday after capturing a slice of program history in a 3-1 road victory at Drake last Wednesday.

Garcia assisted on all three Valpo goals, tying the program record for assists in a single match, a feat that had been accomplished just once previously. The first three-assist game by a Valpo player since Thomas Froats in 1985 helped Garcia gain MVC Offensive Player of the Week honors. He became the second Valpo player to earn the award this season, joining Cole Rainwater (Sept. 3.)

This marked the first weekly conference honor of Garcia’s career. The three assists in the win over the Bulldogs allowed him to climb into 10th in program history for career assists with 11. He is the first Valpo player with a double-figure career assist total since Adrian Ortiz finished his collegiate tenure with 13 in 2010.

Garcia is a 2018 All-MVC Honorable Mention recipient and a 2017 Second-Team All-MVC honoree. He and his teammates will return to the pitch at noon on Wednesday to welcome nationally-ranked Missouri State to Brown Field. The game can be seen on ESPN3.