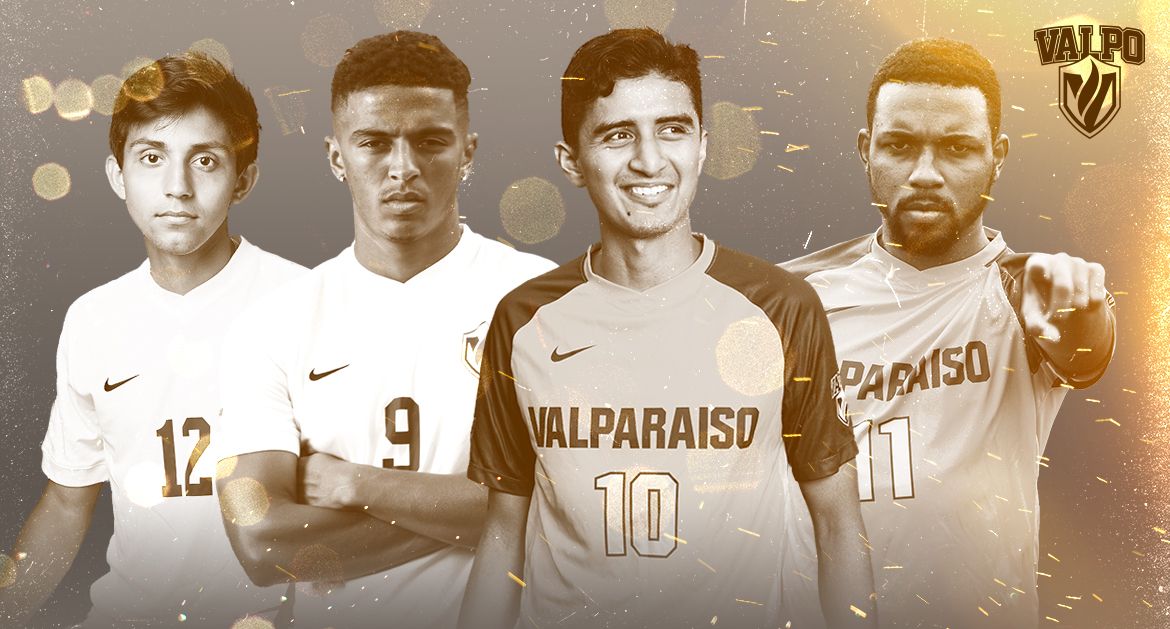 The longest-tenured member of the Valpo men’s soccer program, Rose finished his fifth year with the team and saw action in 66 games. The captain’s career resume includes three goals, two assists and eight points, and his contributions go beyond the numbers as the engine of the team’s midfield. He represented Valpo on the All-MVC First Team in 2018 and was tabbed to the 2019 Preseason All-MVC squad. The fifth-year senior played in all 18 games this season and scored a goal in an Oct. 23 victory at Drake.

Garcia made program history by contributing to all three goals in a 3-1 road victory over Drake on Oct. 23. He became just the second Valpo player and first since 1985 to notch three assists in one game. The senior had 11 career assists, a number that ranks 10th in program history. Garcia is the first Valpo player with a double-figure assist total since 2010.

Garcia was a mainstay during his time with the program, appearing in 70 of the team’s 72 matches over the last four seasons while accruing 11 goals, 11 assists and 33 points. This adds to his list of honors that also includes 2018 All-MVC Honorable Mention, 2018 Preseason All-MVC, 2017 United Soccer Coaches All-Region Third Team and 2017 Second Team All-MVC. He turned a hat trick on Oct. 12, 2017 at Western Illinois, the ninth in program history and the first in a road match since 1985. Garcia appeared in 17 games and had one goal and three assists this season.

Madondo appeared in 16 games and made 14 starts in his first season at Valpo. The East Tennessee State transfer was second on the team with four goals and ranked second on the team with nine points. He had an assist on Sept. 6 at UIC in his first game of the year before scoring goals against Oral Roberts, Bradley, Missouri State and Evansville. Madondo’s goal in Valpo’s 1-0 victory at Evansville on Nov. 3 was the match-winner.

Lomeli appeared in 15 games as a freshman at Valpo. He made an immediate impact with a goal in his first career home game on Sept. 2 vs. IU Northwest. The rookie found the back of the net on Oct. 23 at Drake, contributing to the team’s 3-1 victory.