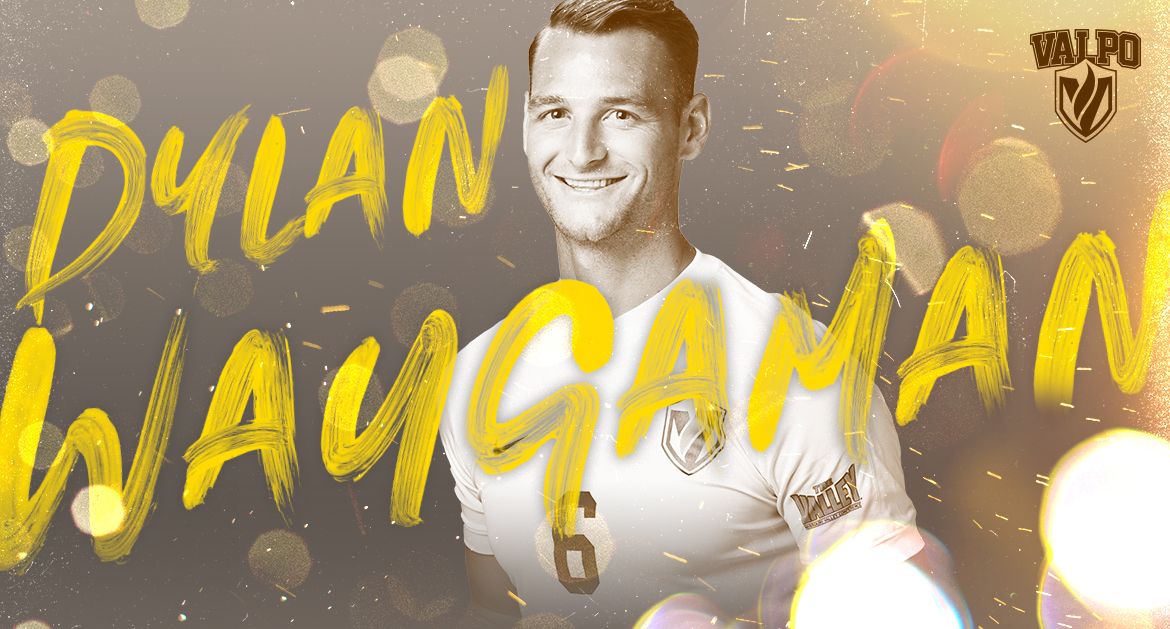 Now a two-time MVC Scholar-Athlete First Team honoree, Waugaman has achieved a variety of honors for his success athletically and academically during his time on campus. A Second Team CoSIDA Academic All-American in 2018, Waugaman has earned CoSIDA Academic All-District First Team honors in both 2018 and 2019. He was also the recipient of the 2018-19 Bill Steinbrecher Sportsmanship Award, given annually to the male student-athlete who best exemplifies integrity and sportsmanship while representing Valparaiso University.

Waugaman became Valpo’s first CoSIDA Academic All-American since Todd Vervynckt in 2013. The fifth-year senior produced two goals in 2019 including the game-tying goal in an eventual 2-1 victory over Evansville on Sept. 22. He also scored the first goal of a match against then-No. 9 Missouri State on Oct. 30, helping Valpo become the only team to score two goals against the Bears all regular season.

Already a Valparaiso University graduate with an undergraduate degree in accounting, Waugaman has started his master’s in business administration. After graduating with a 3.99 grade point average, he was nominated by a Valpo faculty member as an influential person on campus and had dinner with University President Mark Heckler to discuss ideas on how to make Valpo a better place. He was one of three students in the entire graduating class recognized by President Heckler during the 2019 graduation ceremony. Waugaman is also an accounting tutor, member of the National Association of Black Accountants and a member of Delta Sigma Pi business honor society.

Garcia’s MVC Scholar-Athlete Honorable Mention selection comes after a season that also earned him All-MVC Second Team status. He made program history by contributing to all three goals in a 3-1 road victory over Drake on Oct. 23. Garcia became just the second Valpo player and first since 1985 to notch three assists in one game. The senior had 11 career assists, a number that ranks 10th in program history. He finished as the first Valpo player with a double-figure assist total since 2010.

Garcia was a mainstay during his time with the program, appearing in 70 of the team’s 72 matches over the last four seasons while accruing 11 goals, 11 assists and 33 points. This adds to his list of honors that also includes 2018 All-MVC Honorable Mention, 2018 Preseason All-MVC, 2017 United Soccer Coaches All-Region Third Team and 2017 Second Team All-MVC. He turned a hat trick on Oct. 12, 2017 at Western Illinois, the ninth in program history and the first in a road match since 1985. Garcia appeared in 17 games and had one goal and three assists this season.

Dabala played in 17 games and made 10 starts for the Brown & Gold in the midfield. He picked up his first career assist by booting a through ball that led to the only goal of a 1-0 victory at Evansville on Nov. 3.

In the classroom, Garcia owns a 3.38 GPA in finance, while Dabala holds a 3.76 GPA in communication.