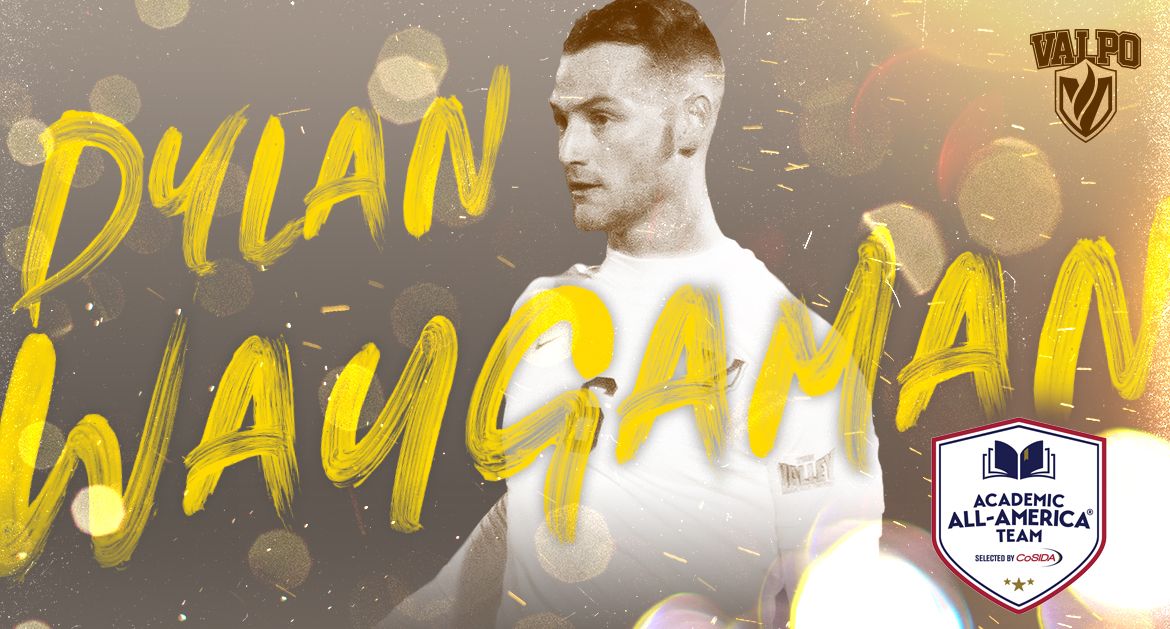 Valparaiso University men’s soccer fifth-year senior Dylan Waugaman (Houston, Texas / Friendswood [Oregon State]) received a high honor for his excellence in the classroom and on the playing field on Thursday as he was named a member of the Academic All-America First Team by CoSIDA.

A year after earning CoSIDA Academic All-America Second Team recognition, Waugaman capped a career filled with academic honors with his highest distinction yet. He was one of 11 players nationally to garner first-team status.

Waugaman joins Todd Vervynckt (2013) as the only First Team Academic All-Americans in program history. He finished his undergraduate degree with 3.99 grade point average in accounting and has started his master’s in business administration. Waugaman joins Missouri State’s Kyle Hiebert and Western Michigan’s Anthony Bowie as the only players in the nation to receive either first team or second team All-America honors in both 2018 and 2019.

Also a two-time MVC Scholar-Athlete First Team honoree, Waugaman has achieved a variety of honors for his success athletically and academically during his time on campus. He appeared on the CoSIDA Academic All-District First Team in both 2018 and 2019 and was also the recipient of the 2018-19 Bill Steinbrecher Sportsmanship Award, given annually to the male student-athlete who best exemplifies integrity and sportsmanship while representing Valparaiso University.

Waugaman produced two goals in 2019 including the game-tying goal in an eventual 2-1 victory over Evansville on Sept. 22. The fifth-year senior also scored the first goal of a match against then-No. 9 Missouri State on Oct. 30, helping Valpo become the only team to score two goals against the Bears all regular season.

Waugaman was nominated by a Valpo faculty member as an influential person on campus and had dinner with University President Mark Heckler. He was one of three students in the entire graduating class recognized by President Heckler during the 2019 graduation ceremony. Waugaman is also an accounting tutor, member of the National Association of Black Accountants and a member of Delta Sigma Pi business honor society.

The Missouri Valley Conference led the nation with five Academic All-America honorees, accounting for nearly half of the 11-member first team.