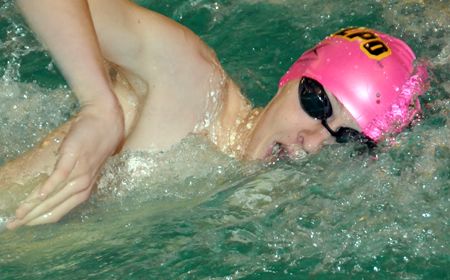 Valparaiso dropped all three contests in the quadrangular meet hosted by Cleveland State on Saturday afternoon in Cleveland, Ohio.

Kevin Fedde (Fort Collins, Colo./Heritage Christian H.S.) turned in the school’s eighth fastest time ever in the 1000 freestyle, finishing in a time of 10:26.69.  He finished seventh overall in the race.

Valparaiso (0-4) will return to the water next Friday evening in Green Bay, Wis. to face the Phoenix of the University of Wisconsin-Green Bay.  The meet begins at 6 p.m.