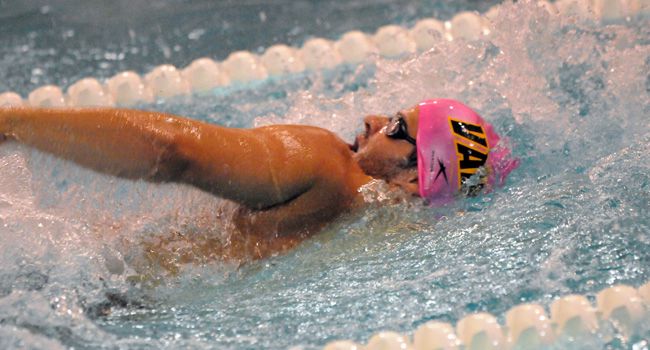 After a six-week layoff for the holiday break, Valparaiso returned to the pool on Friday evening but suffered a 140-64 defeat to Green Bay at the Athletics-Recreation Center pool.

Wegehaupt notched Valpo’s first individual event victory of the day in the 200 individual medley by more than a second and a half.  The freshman posted a mark of 2:02.68.

Sivak also added an event win for the Brown and Gold in the 100 butterfly.  Swimming the event for the first time this season, the senior won by nearly a second with the second best time in school history, 51.79 seconds.

Trevor Trimpe (New Palestine, Ind./Connersville H.S.) added a second place effort for the Crusaders in the 500 freestyle.  He registered a time of 4:58.80, about two and a half seconds off of the pace.

Valpo capped the meet with a runner-up finish in the 200 freestyle relay.  Cox, Deghi, Sivak, and Wegehaupt finished in 1:29.58, just .49 seconds off the lead.

Valparaiso (0-7) will have three meets next weekend beginning Friday night in Indianapolis against IUPUI and Saint Louis.  The meet begins at 5 p.m. at the IUPUI Natatorium.