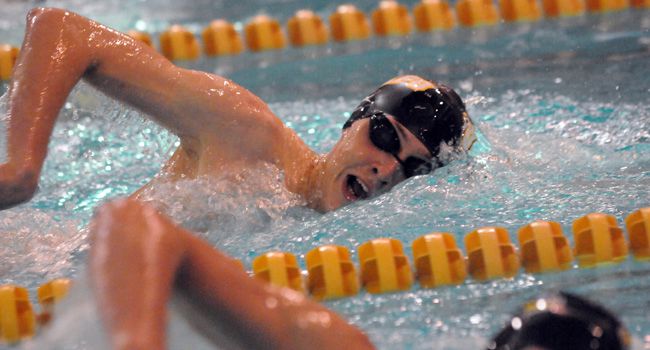 Kyle Braun (McHenry, Ill./West H.S.) led the way for the Crusaders with his fourth place performance in the 100 freestyle, touching the wall in 49.62 seconds.  Fernando Aguilar (San Salvador, El Salvador/Colegio Internacional de San Salvador H.S.) added a seventh place finish in the event with a time of 51.57 seconds while Patrick Sandness (Marseilles, Ill./Seneca H.S.) was 10th finishing in 53.54 seconds.

Tate Wegehaupt (Tigard, Ore./Tigard H.S.) posted a ninth place effort for the Brown and Gold in the 200 individual medley, turning in a time of 2:04.04.  Later in the afternoon, Wegehaupt added a sixth place mark in the 100 breaststroke with a time of 1:00.57.

Valparaiso will return to the water on Nov. 12 with a triangular meet against Cleveland State and Saint Bonaventure in Cleveland, Ohio.  The meet is set to begin at 12 p.m. CST.