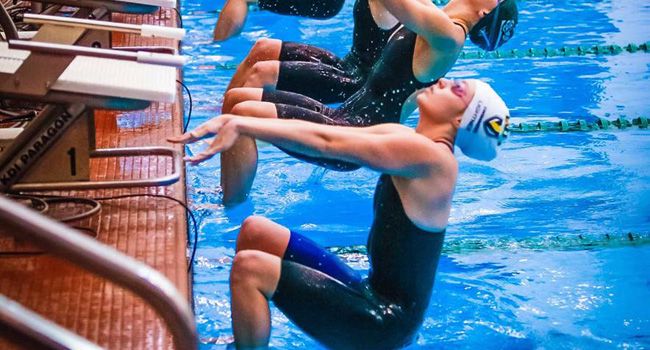 Two more individual school records were broken in a bittersweet Saturday at the Horizon League Championships in Cleveland. The Crusader men left Ohio with a 7th place result while the women took 8th.

Andrea Bretl (Wauwatosa, Wis./West) got things rolling with a 14th place finish in the 1600 yard freestyle. The senior tapped the wall at 17:57.41. Bretl finished two places ahead of Flavia Segatto (Pembroke Pines, Fla./Charleow Flanigan), who lost her cap during the race. Segatto turned in a 18:00.35 time.

Senior Tate Wegehaupt (Tigard, Ore./Tigard) put an exclamation point on a fine career with the Crusaders by setting a school record in the 200 yard breaststroke. His 2:03.75 finish was nearly a whole second faster than his prelim time in the morning.

Gonzalo Castro Diaz (Mexico City, Mexico) is the new record holder in the 200 yard butterfly with a 1:53.32 finish. The sophomore claimed 15th place with the record-setting time.

In the 400 yard freestyle relay races, the men seized sixth place while the women earned eighth.

Overall, four individual records were broken this week in addition to the men's 200 freestyle relay.

As a team, the men finished in 7th place at the HL Championships with 163 points. The women secured 8th place with 128 points.