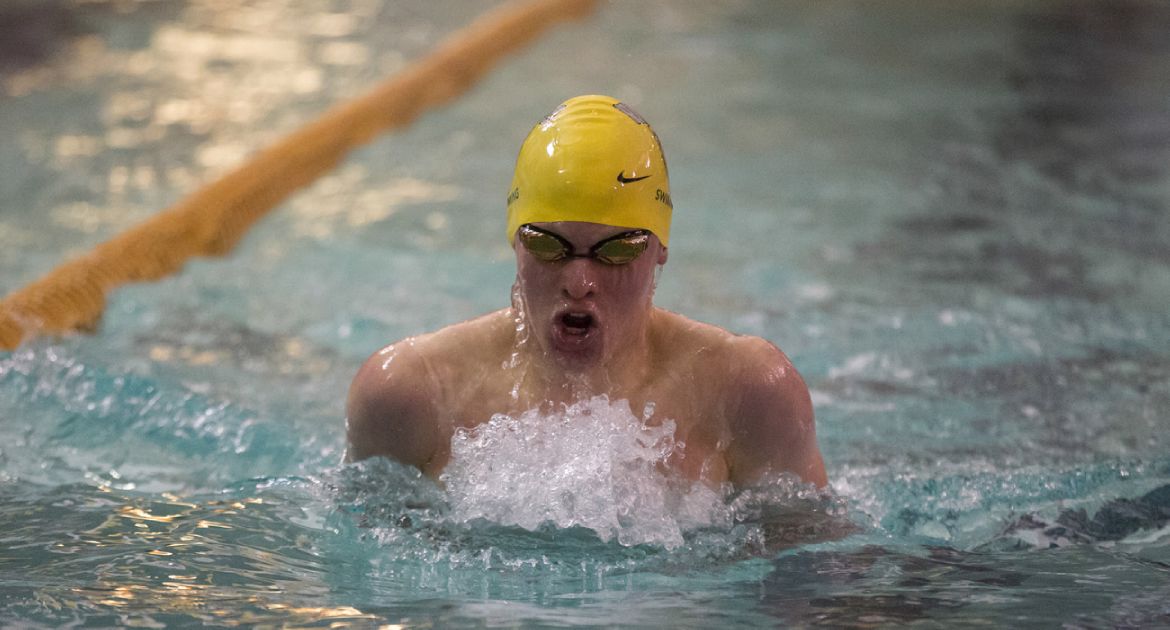 Following the holiday break, the Valparaiso University men’s and women’s swimming teams returned to competition Friday evening, traveling to take on Horizon League foe Green Bay. The Crusaders would fall to the Phoenix by final scores of 141-95 on the men’s side and 115-83 on the women’s side.

Senior Fred Jenny (New Albany, Ohio/New Albany) earned an individual victory for the Crusader men, touching the wall first in the 100 breaststroke with a time of 59.22 seconds. The Valpo men also earned four second-place finishes, highlighted by freshman Dylan Kirar (Arvada, Colo./Ralston Valley) moving into ninth place in program history in the 1650 free with a time of 17:05.13.

Valpo’s other second-place showings came courtesy of a pair of seniors and a freshman. Gonzalo Castro Diaz (Mexico City, Mexico/Instituto Oxford) continued his strong career with a runner-up placement in the 400 IM, finishing in 4:10.35. Fellow senior Tim Mitchell (Lakeville, Minn./North) touched the wall second in the 100 butterfly with a time of 54.59 seconds, while freshman Colten Lawson (West Bend, Wis./East) came home second in the 100 free with a time of 49.38 seconds.

Valparaiso returns to the pool next Saturday, January 23 as the Crusaders host Eastern Illinois at the ARC at 1 p.m. This will serve as the program’s Senior Day meet, with the team honoring its graduating seniors prior to their final home meet.