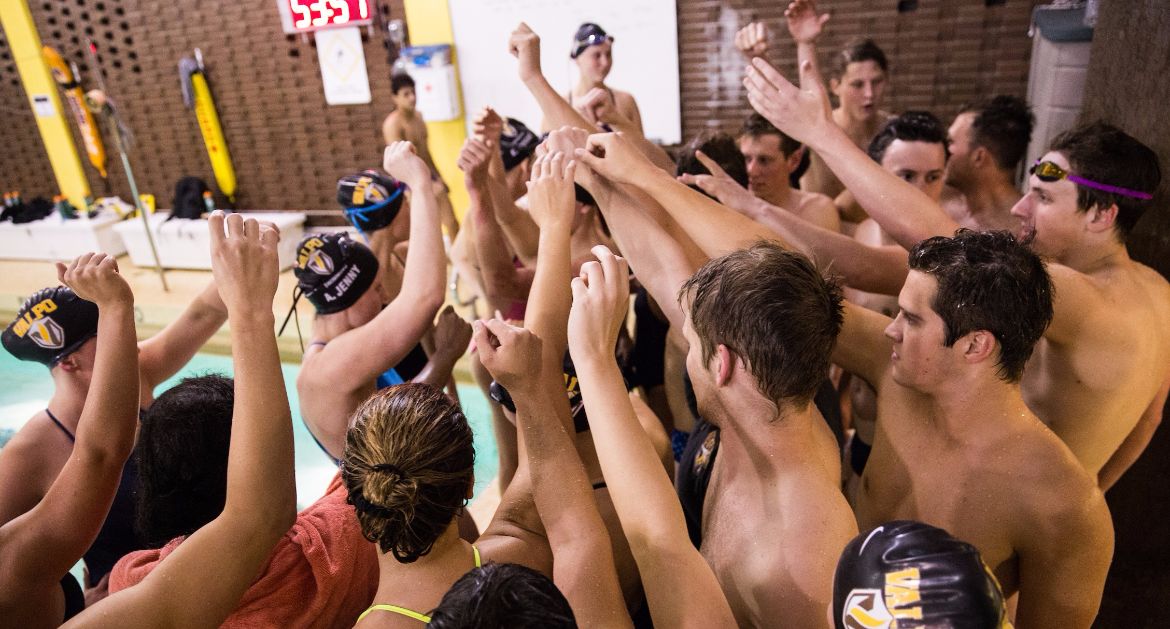 The Valparaiso University men’s and women’s swimming teams fell to the visiting Cardinals Saturday afternoon at the ARC after competing in a dual meet on the road less than 24 hours prior. Sophomore Harrison Jenny (New Albany, Ohio/New Albany) highlighted the competition for the Crusaders with a win in the 100-freestyle.

For the men in the 200-medley relay, seniors Grant Girten (Blue Ash, Ohio/Sycamore) and Max Penn (Columbus, Ohio/St. Charles Prep.), along with sophomore Dylan Ogle (Simpsonville, S.C./Mauldin) and junior Mac Sognadares (Reston, Va./South Lakes) teamed up for a time of 1:41.74.

Senior Vinnie Zaia (Canton, Mich./Salem) was the top Valpo performer for the women in the 100-free, coming in third-place with a time of 11:31.59. Junior Dylan Kirar (Arvada, Colo./Ralston Valley) made his way into second, posting a time of 10:07.53.

Both Amanda Jenny and Sogandares wound up in second-place in the 200-free for the Crusaders. Jenny had a time of 2:03.09 for the women, while for the men, Sogandares recorded a time of 1:48.81.

Another couple of runner-up finishes for the Crusaders came in the 100-breast when Baumgartner was timed at 1:13.54 for the women. Sophomore Adrian Acero (Bogotá, Colombia/Agustiniano Salitre) went a 1:04.14 in the same race for the men.

Sophomore Danielle Richardson (Valparaiso, Ind./Chesterton) was the fastest Crusader in the women’s 50-free, posting a time of 27.57, which was good for fourth. On the men’s side, sophomore Austin Scheer (Indianapolis, Ind./Bishop Chatard) clocked in a 23.41 that put him third overall.

The 100-free saw Wright finish in second-place with a time of 55.65 for the women. Harrison Jenny captured his victory by touching the wall before anyone else in a time of 48.97.

In the 200-back, sophomore Tara Lawson (Mundelein, Ill./Mundelein) registered a time of 2:15.76 that placed her in second. Girten was the top finisher for the Valpo men in fourth, coming in at 2:06.65.

Baumgartner captured another second-place spot when she stopped the waves at 2:40.71 in the 200-breast. In the same race, Sogandares also took second again with a time of 2:20.15 for the men.

The Crusader swimmers will have a few weeks off before taking a trip up to Kenosha, Wis. for the Carthage Classic at Carthage College from Nov. 30 – Dec. 2.