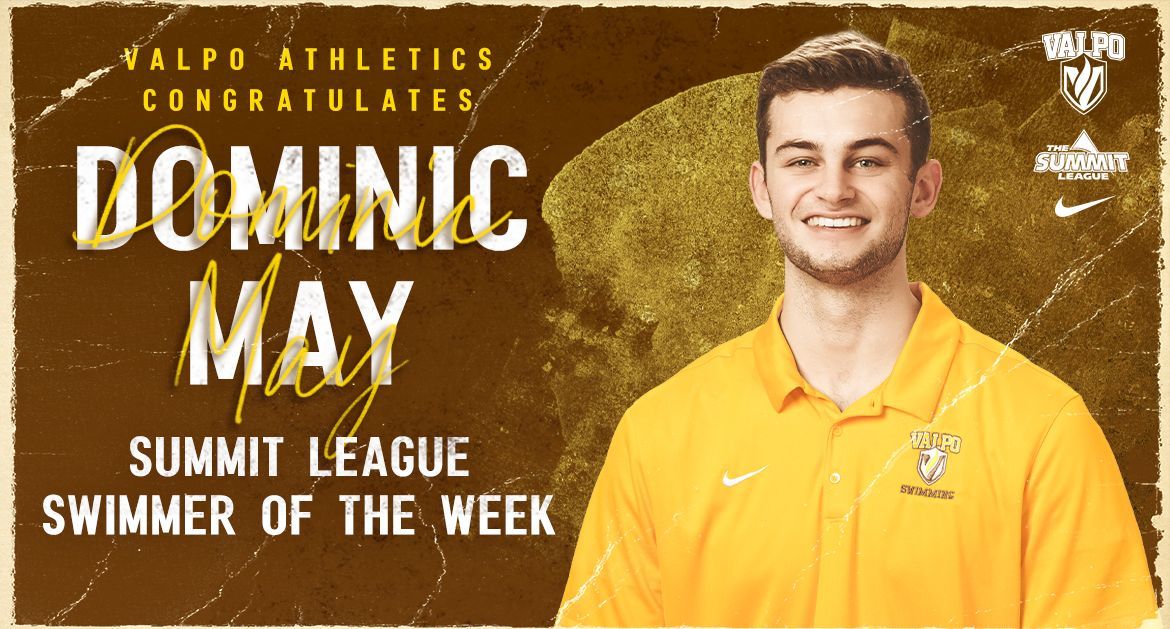 Valpo junior swimmer Dominic May (Naperville, Ill./Naperville Central) has been named the Summit League Swimmer of the Week after an impressive performance in the team’s first meet against Rose-Hulman last Friday.

May secured the first win of his junior season in the 100-yard free, posting a time of 47.75. His impressive day concluded when he helped anchor the 400-free relay team that placed second. His 46.80 time was the fastest leg of anyone in the relay.

May becomes the first Valpo swimmer to win the weekly award since Brendon Johnson back on November 19, 2019.

May and his teammates will hit the road January 31 to Fishers, Ind. to compete in the Butler Invitational.