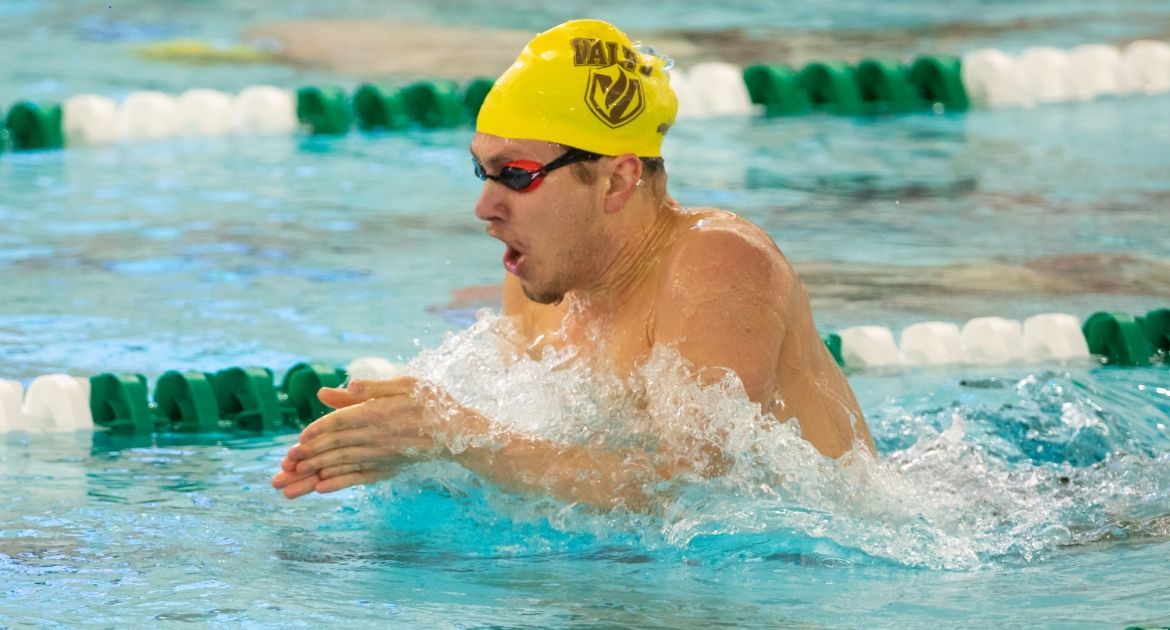 Gus Rytting notched a pair of wins on Saturday.

The Valpo men’s and women’s swimming teams closed out the regular season Saturday at Southern Illinois, with the men competing in a dual meet against Eastern Illinois and the women competing in a tri-meet. Valpo’s effort was led by sophomore Gus Rytting (Houston, Texas/Lamar), who picked up a pair of event victories in the breaststroke events.