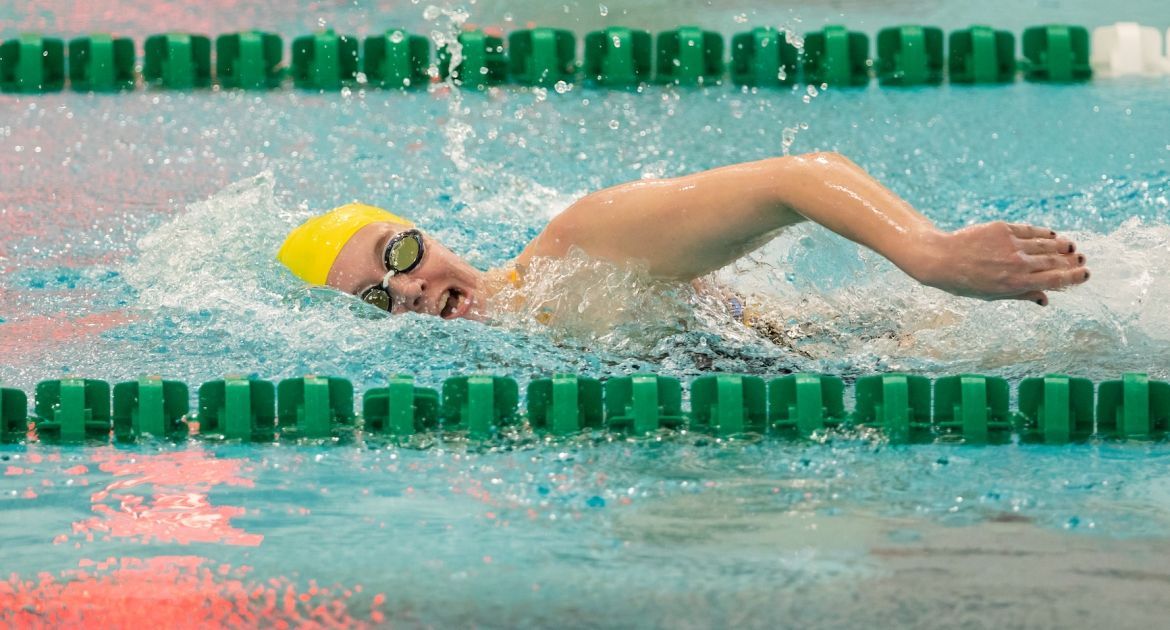 Trinity Springer touched the wall second in the 500 free Friday.

The Valpo men’s and women’s swimming teams returned to the pool Friday afternoon with a dual meet at Evansville, the first of back-to-back meets this weekend for the Beacons. The dual against the Purple Aces was the first of three against conference opponents for both the men and the women this season.

It’s a quick turnaround for the swimmers, as Valpo returns to the pool Saturday at the Indiana Intercollegiates in West Lafayette, hosted by Purdue. The meet is scheduled to begin at 11 a.m. CT, and links for live video and scoring are available at ValpoAthletics.com.