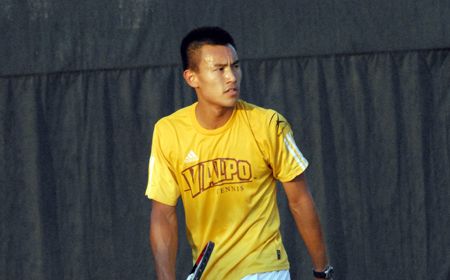 Valparaiso wrapped up the 2009 regular season on Sunday morning, dropping a 7-0 match to Cleveland State at River Oaks Racquet Club in Cleveland, Ohio.

“He had some good matches and played some good sets against a very good Cleveland State team,” head coach Jim Daugherty said.  “This gives us some momentum going in to the conference tournament next weekend.

Valparaiso (6-11, 3-4) finishes the regular season in a tie for fourth place in the Horizon League and will head to the tournament next weekend in Indianapolis, Ind.  Pairings will be released early in the week.