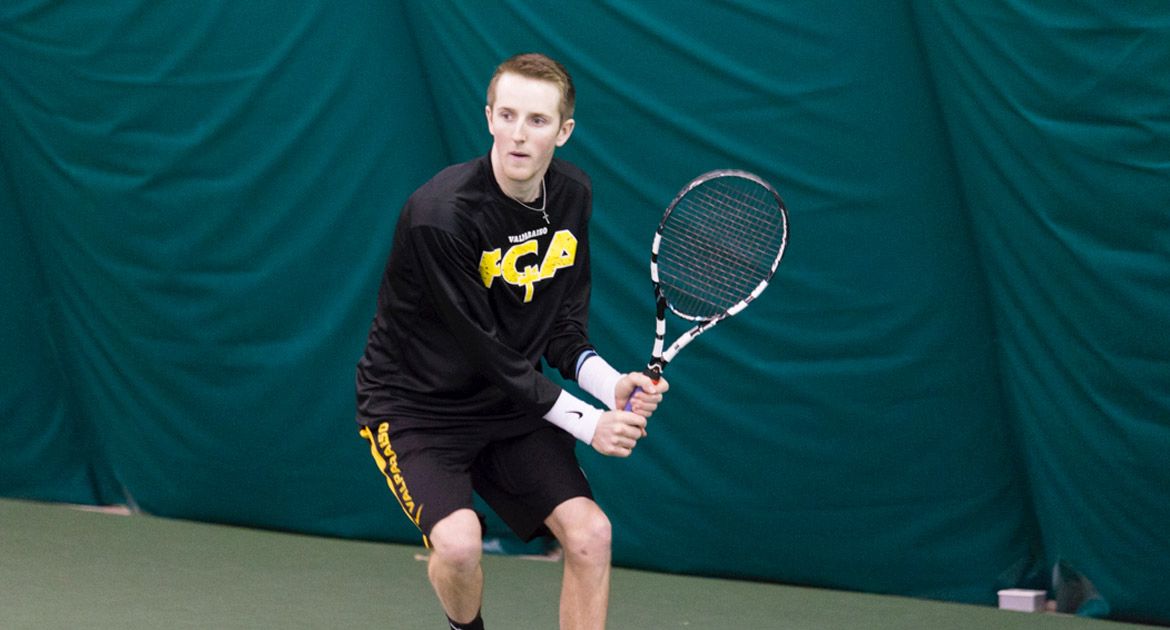 "This was a great win. We got solid play from the beginning of the match to the end. We shut down a good team," head coach Jim Daugherty said.

The sophomore doubles tandem of Schorsch and Emhardt picked up a quick 6-1 win at No. 1 over Gerard Guell/Connor Andrews.

Lucas Waak (Manitowoc, Wis./Roncalli) and Gardner recorded the doubles point-clinching victory at No. 3 with a 6-4 result over Carlos Do Val and Karl Wangensten-Oye.

The Brown and Gold nearly registered a clean sweep in singles action.

The Brown and Gold secured the match after Emhardt put Cobos away with a 6-4, 6-4 victory at No. 3 singles. Gardner expanded his winning streak to eleven matches thanks to a 6-3, 7-6 (1) finish over do Val at No. 4.

Valpo will be back out at The Courts of NWI Saturday afternoon at 2:30 pm. IUPUI (1-6) looks to snap a three-match losing streak while the Crusaders aim to extend their winning streak to three.