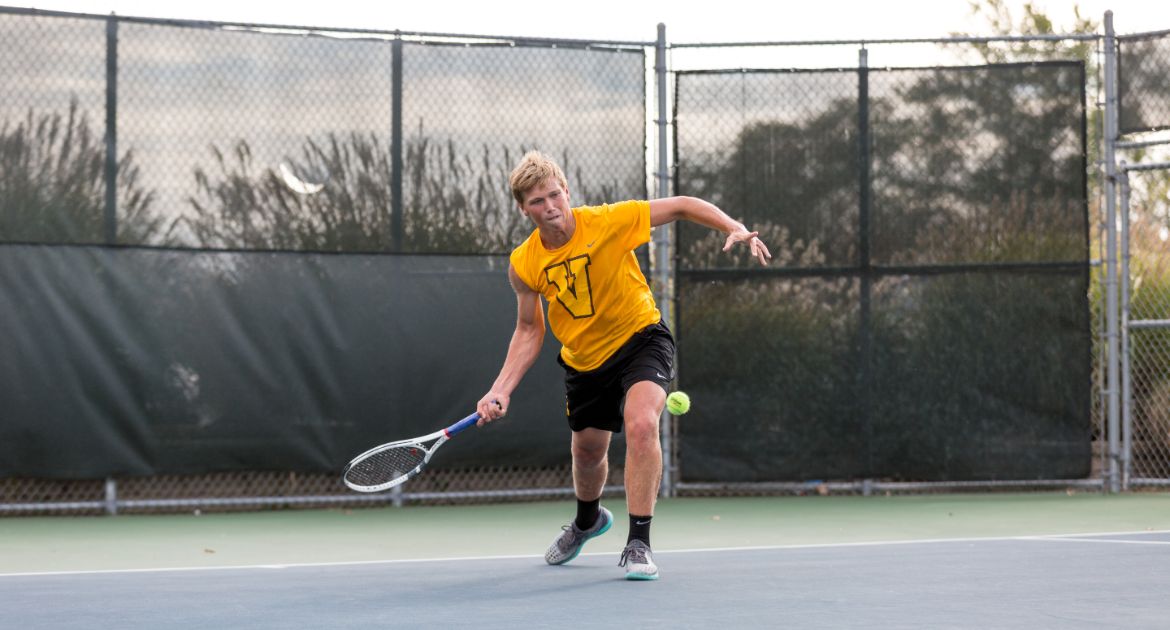 The Valparaiso University men’s tennis team had great success in first-round doubles matches while also boasting a pair of singles victories on the first day of the Purdue Fall Invitational on Friday in West Lafayette. Every Valpo player who participated picked up a doubles win on the tournament’s first day.

Singles play will begin at 7 a.m. CT on Saturday starting with Flight A.