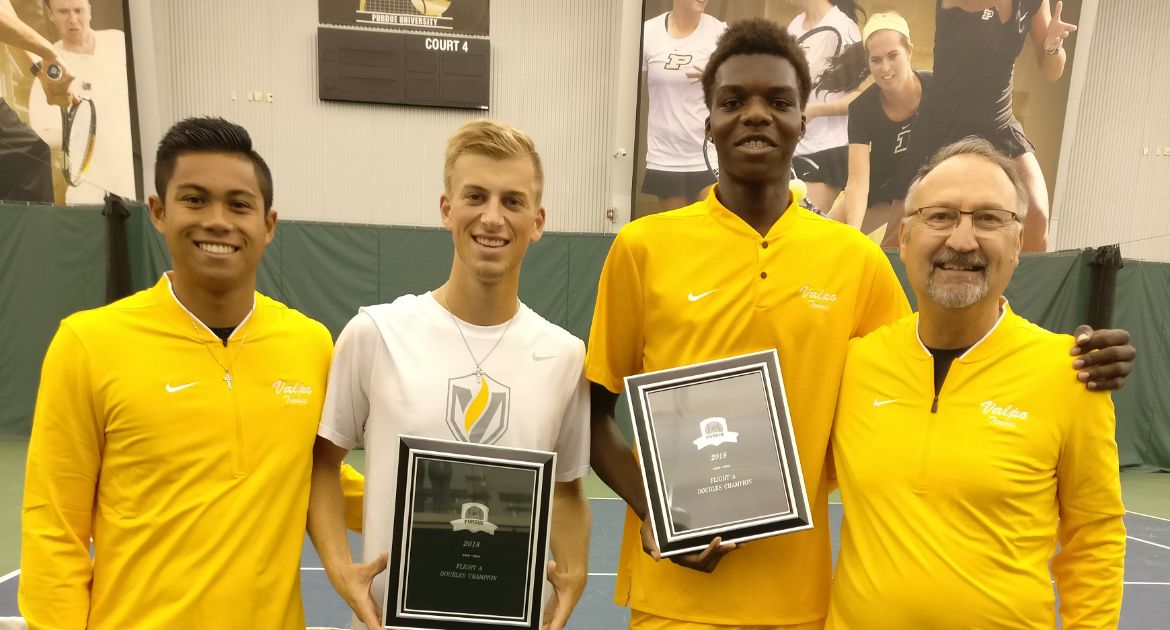 Brandon Ancona and Kweisi Kenyatte won the Flight A Doubles title this weekend. 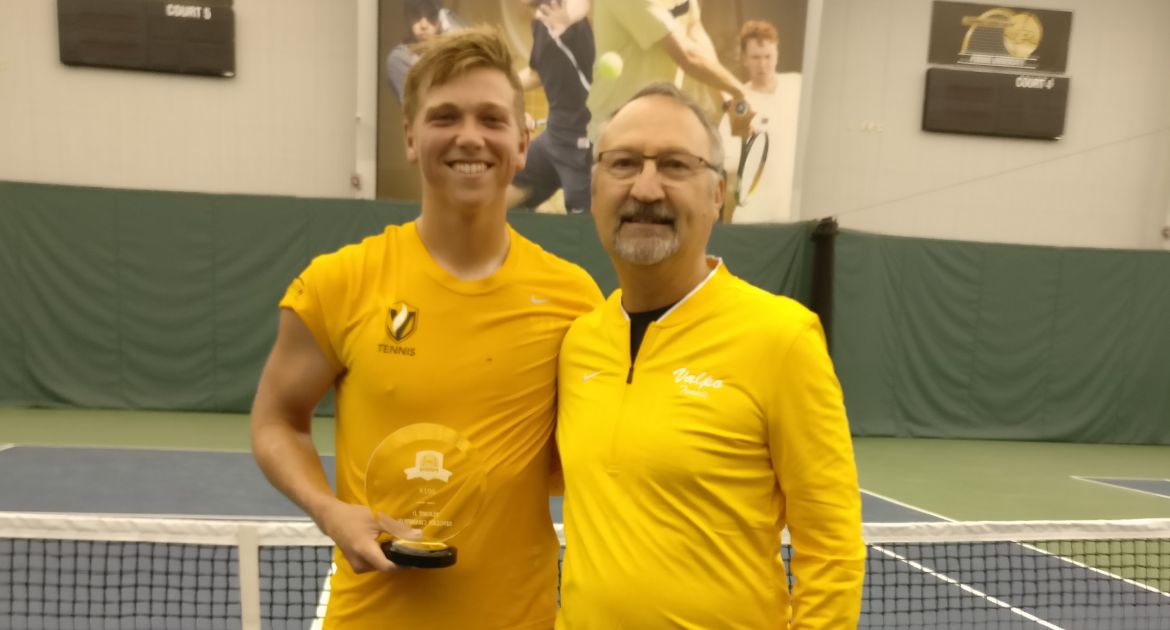 A banner weekend for the Valparaiso University men’s tennis team ended with one singles player and one doubles combination hoisting championship hardware at the Purdue Fall Invitational in West Lafayette.

Redshirt junior Brian Pecyna (Glen Ellyn, Ill. / Homeschooled) finished his flawless weekend with his fourth straight win in Flight D singles, rolling to a 6-1, 6-1 victory over Butler’s Ryan Roegner. Pecyna upped his record to 8-2 for the season and increased his career total to 29 singles victories.

A fourth-year member of the program, Pecyna has been a part of the team for two league championships, two NCAA Tournament berths and three conference championship match appearances. After starting his career as an underclassman in the mix on an upperclassman-laden team, Pecyna has put in the work to move into the limelight, as Sunday’s championship marked a career highlight for the Valpo veteran.

“I am extremely proud of the hard work that Brian has put in day in and day out,” Valpo head coach Jim Daugherty said. “It has paid off for him in a big way. He is combining hitting big with consistency, which is a relentless combination.”

When singles wrapped up and the event transitioned to main draw doubles, the trophies kept coming for Valpo men’s tennis. Junior Brandon Ancona (Belvidere, Ill. / Rockford Christian) and sophomore Kweisi Kenyatte (Detroit, Mich. / East English Village Preparatory) made that happen, first topping Sochurek/Saborio of Purdue 6-3 in the semifinal round before notching a tight 7-6(7-3) win over the Butler duo of Shabat/Dragos in the Flight A championship.

Ancona and Kenyatte went 4-0 this weekend in a deep, competitive field at Purdue to bolster their season record to a robust 9-1. Their championship match victory over the talented pairing of Dragos and Shabat allowed them to avenge their lone loss of the season to that same Butler duo, which took place at the Western Michigan Invitational. Mason Dragos is a senior who has been on the All-Big East First Team in each of his first three seasons, while fellow senior Aviv Ben Shabat also has a first-team all-conference selection on his resume.

“Brandon and Kweisi have turned out to be a great doubles combination,” Daugherty said. “They have had success in all three tournaments this fall and are hungry to play on the national scene. They are motivated to keep improving and build upon their recent success.”