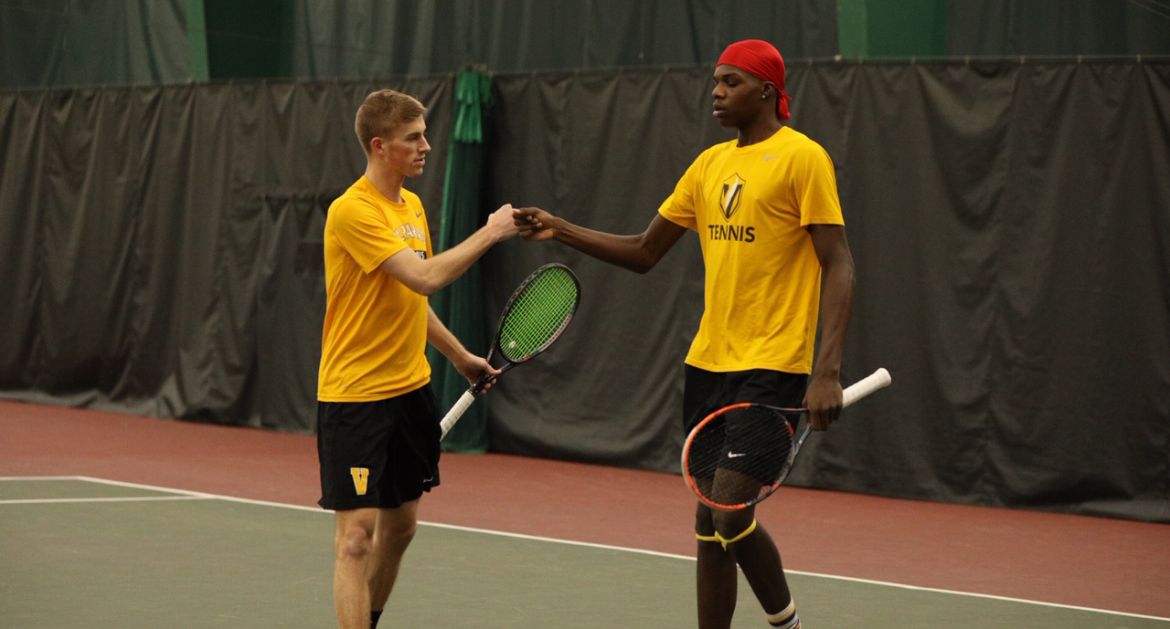 Brandon Ancona and Kweisi Kenyatte won at No. 1 doubles to improve to 11-2 as a duo this season.

The Valparaiso University men’s tennis team started the spring season in style on Friday night at Match Point Tennis Club in Griffith, rolling to a 7-0 victory over Cardinal Stritch to open the dual match season in the win column. Valpo won five singles matches in straight sets, prevailed on all six singles courts and took two of the three doubles matchups.

A home-heavy stretch that features five consecutive dates at Match Point Tennis Club in Griffith to begin the dual season continues on Friday, Feb. 1 as Valpo hosts Green Bay. The Phoenix will be in town for a 4 p.m. first serve. It’s a rematch of the 2015 and 2016 Horizon League finals and the first matchup between the two adversaries since Valpo joined the Missouri Valley Conference.