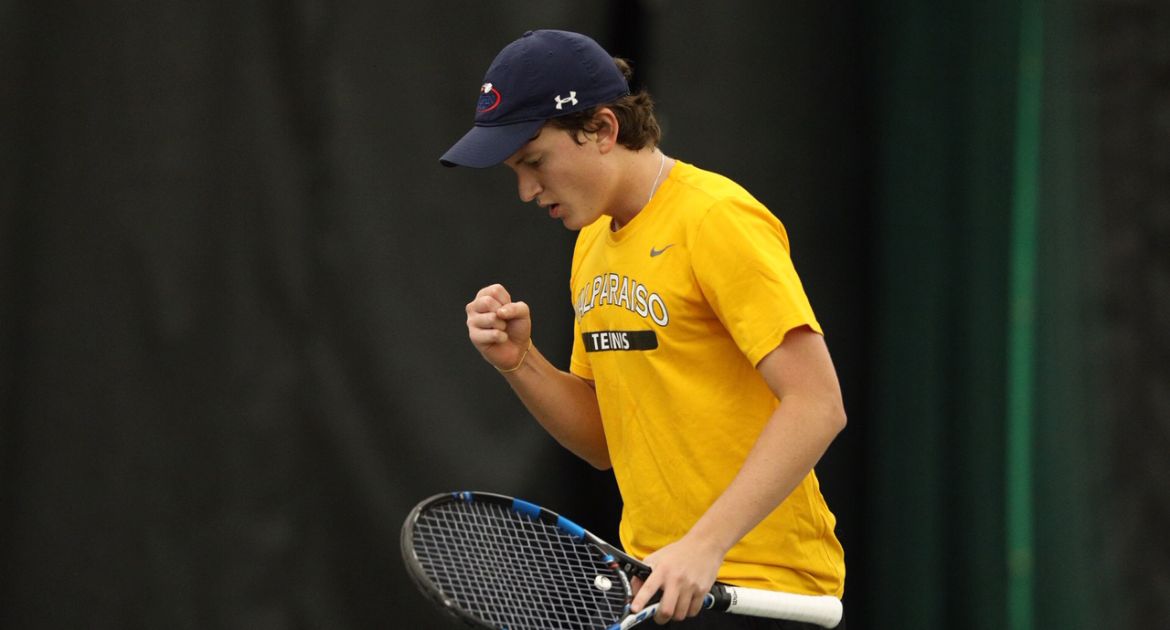 Gabriel Carvajal picked up a straight-set win at sixth singles on Friday.

The Valparaiso University men’s tennis team grinded out a 6-1 win over visiting Green Bay on Friday at Match Point Tennis Club in Griffith. The match was tightly contested as the top three singles matchups all came down to the wire.

Valpo (2-0) will continue a weekend of home tennis on Sunday as Marquette comes to Northwest Indiana. That match will get underway at noon at Match Point Tennis Club in Griffith.