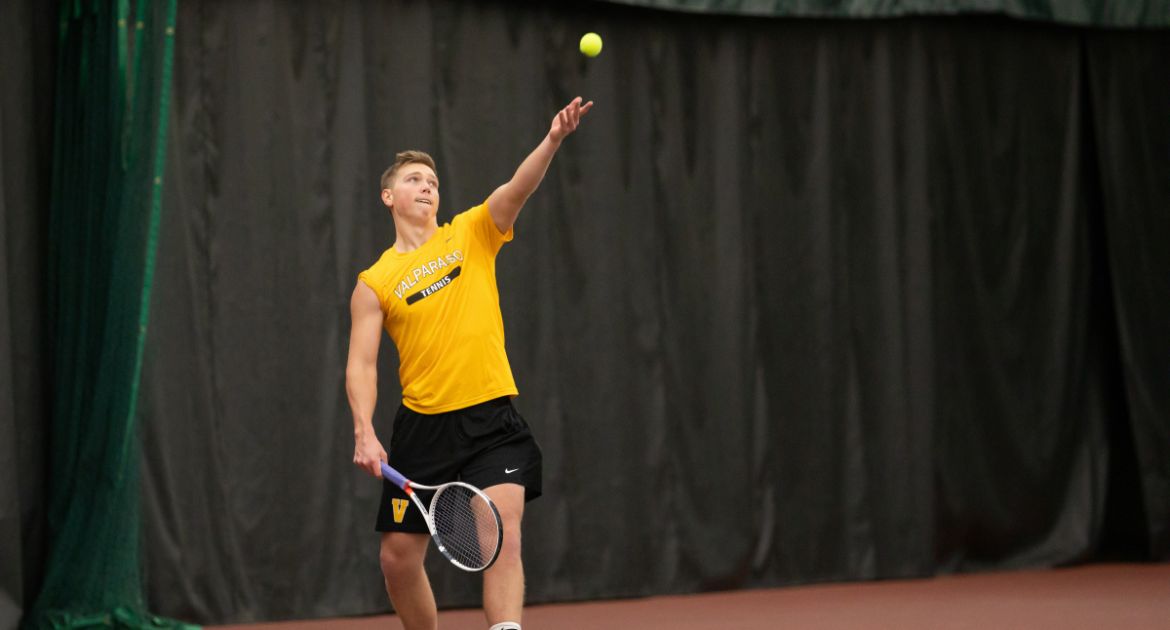 Brian Pecyna picked up wins in both singles and doubles on Thursday.

A valiant effort by the Valparaiso University men’s tennis team came up shy on Thursday at West Hills Athletic Club in Kalamazoo, Mich. as host Western Michigan held on for a 4-3 victory. Valpo nearly came from behind to win the match, but the Broncos took a key three-set showdown at first singles to nail down the victory.

The spring trip is next on the docket for Valpo men’s tennis as the team will play five matches in Orlando, Fla. The first match of that stretch will take place on Monday against Hampton.