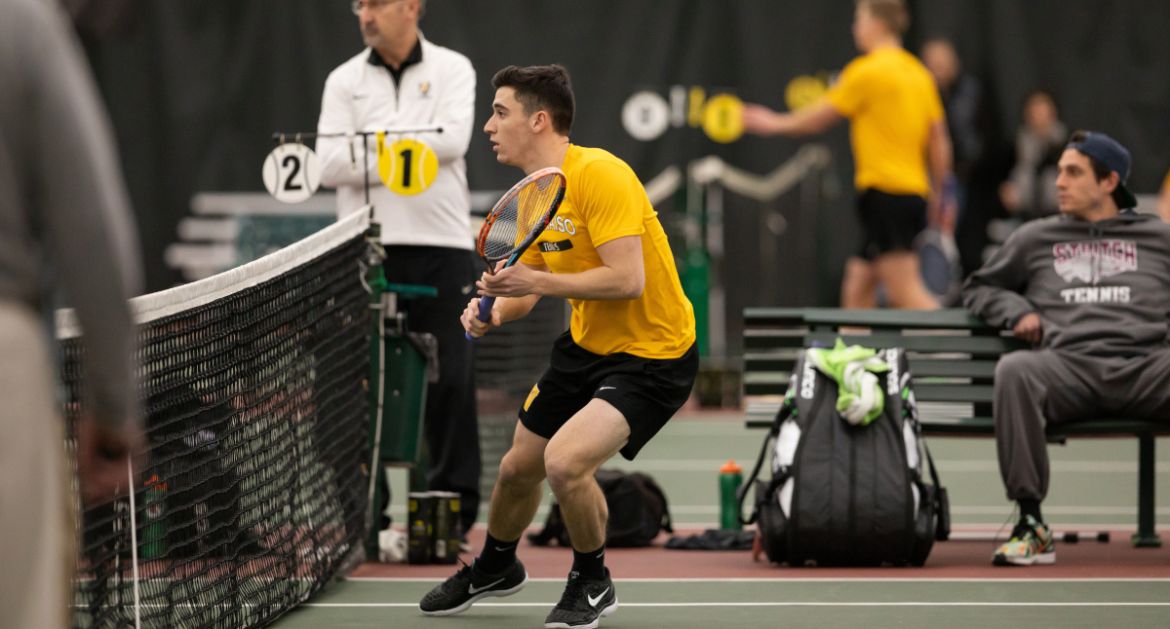 Franklin Brozovich picked up a singles win on Monday.

The Valparaiso University men’s tennis team has escaped the cold temperatures and snow flurries of the Midwest and made its way to the warm sunshine of the Sunshine State for a week of tennis in Florida. The team got the spring break trip off to a hot start on Monday, downing Hampton 7-0 at the Sanlando Park Tennis Courts in Seminole County, Fla.

The spring trip continues on Tuesday as Valpo (7-3) goes at it with Furman in a neutral site match at Sanlando Park Tennis Courts in Seminole County, Fla. That match is scheduled to begin at 11:15 a.m. CT. / 12:15 p.m. ET.