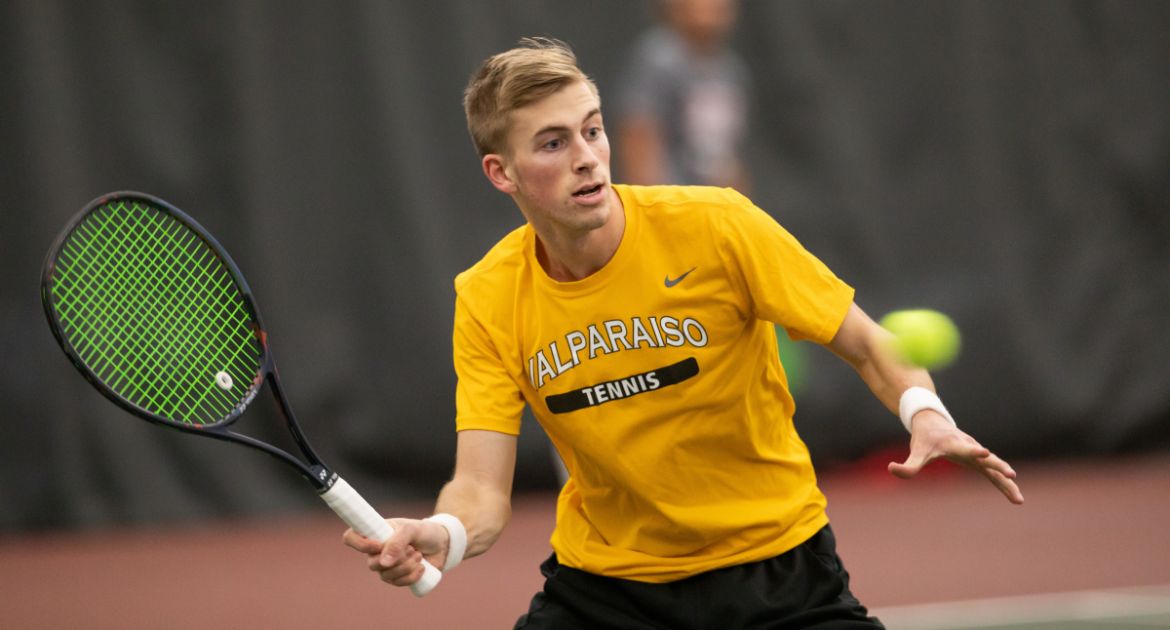 Brandon Ancona improved his impressive record to 17-4 with his win on Wednesday.

The Valparaiso University men’s tennis team rolled to a 6-1 victory over Rollins College on Wednesday afternoon at Bert Martin Tennis Complex in Winter Park, Fla. Valpo won two of the three doubles matches and five of the six singles matches on its way to improving its season record to 8-3.

Valpo has two more matches in the state of Florida including a date with Appalachian State that begins at 11:15 a.m. CT / 12:15 p.m. ET on Thursday at USTA Tennis in Orlando.