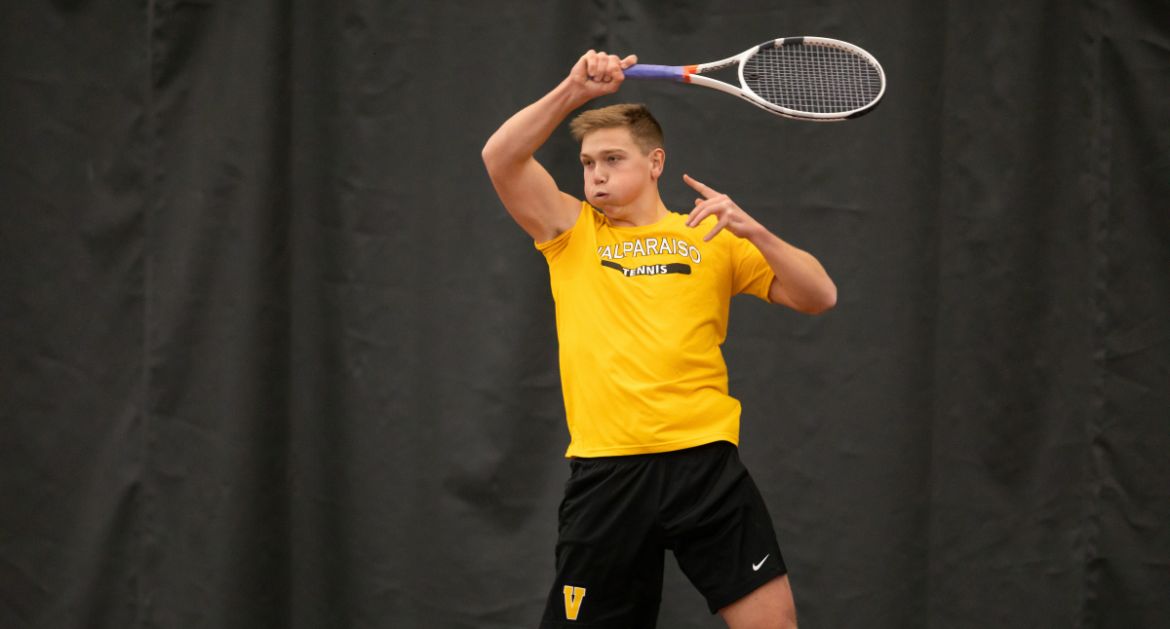 Brian Pecyna improved to 17-8 in singles with his win on Saturday.

The winning streak continued for the Valparaiso University men’s tennis team on Saturday afternoon as Valpo collected its sixth straight triumph. The team returned to Summit League action and ventured to Bloomington, Ill., coming away victorious 5-2 over host Illinois State at the indoor Bloomington Tennis Center.

Valpo will round out the regular season with three consecutive home matches beginning on April 6 against Drake. The match will begin at 10 a.m. and will be played outdoors at the Valpo Tennis Complex if the weather cooperates, or indoors at Match Point Tennis Club in Griffith if necessary.