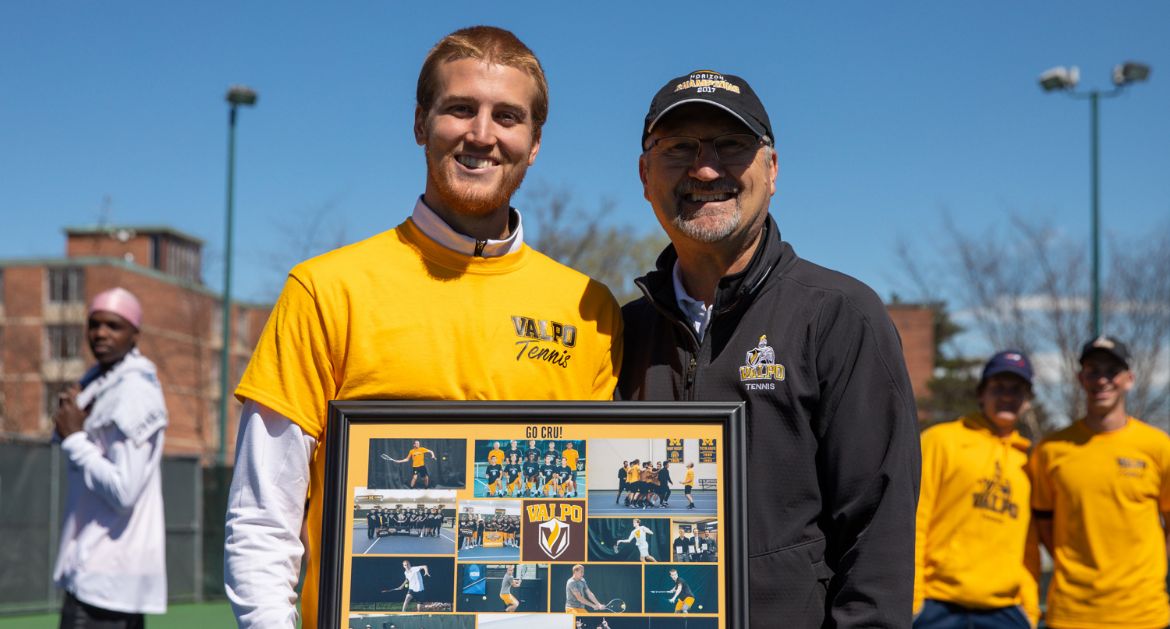 Chad Kissell was honored by head coach Jim Daugherty prior to Saturday's match.

The Valparaiso University men’s tennis team closed out the regular season with a Senior Day victory on Saturday afternoon at the Valpo Tennis Complex, topping North Dakota 6-1. Valpo picked up wins on all six singles courts including a triumph by senior Chad Kissell (Latroba, Pa. / Greater Latrobe), who was honored prior to the match for his collegiate accomplishments.

Valpo has qualified for the Summit League Tournament, an event that features four of the league’s seven programs. Valpo will open up tournament action with a league semifinal on Friday in Tulsa, Okla.