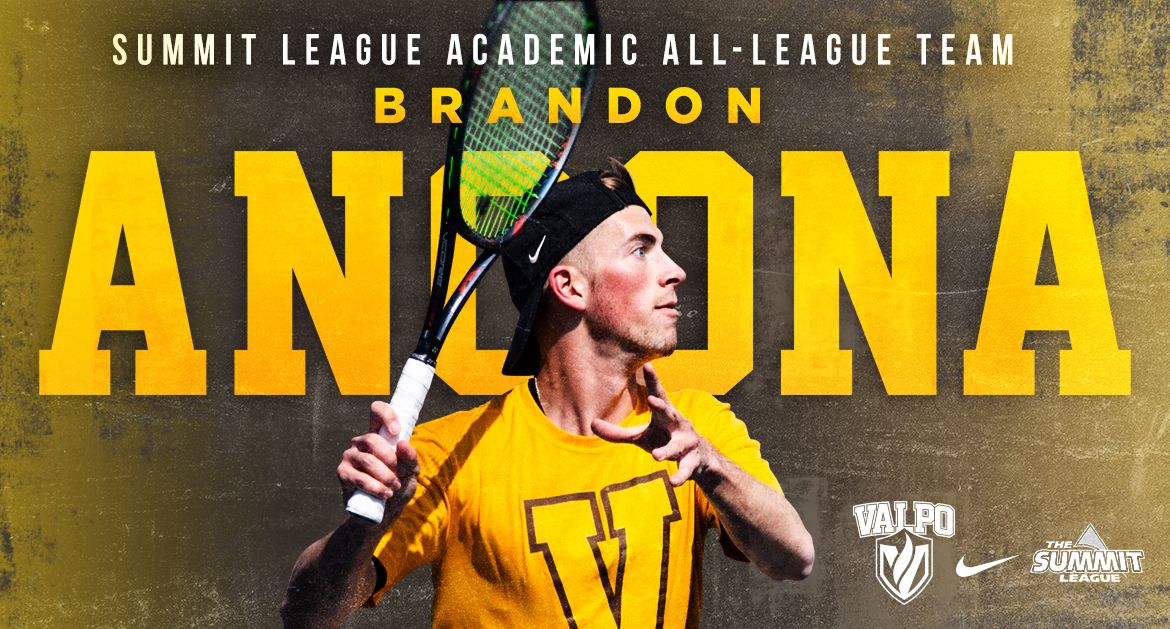 Brandon Ancona was named to the academic all-league team for the second straight season.

Already the Summit League Player of the Year, a First Team All-Summit performer and Valpo’s Male Athlete of the Year, Ancona tacked on Summit League Academic All-League recognition. He was one of five players from the conference named to the team.

Ancona owns a 3.80 GPA in computer science and is involved on campus in the Fellowship of Christian Athletes and Student-Athlete Advisory Committee. This marks the second straight season he has garnered a place on the academic all-league team.

Although his first two collegiate campaigns featured their fair share of successes, the Valpo junior reached new heights in 2018-19. He finished the season with a singles record of 23-6, tying his own win total from 2016-17 for 10th in single-season program history. He went 8-0 at No. 2 doubles, 15-4 in dual match play and 5-1 in league singles action.

A three-time Summit League Player of the Week this season, Ancona won the Flight C singles title at the Western Michigan Invitational on Sept. 23 and paired with Kweisi Kenyatte to win Flight A Doubles at the Purdue Fall Invitational on Oct. 7.