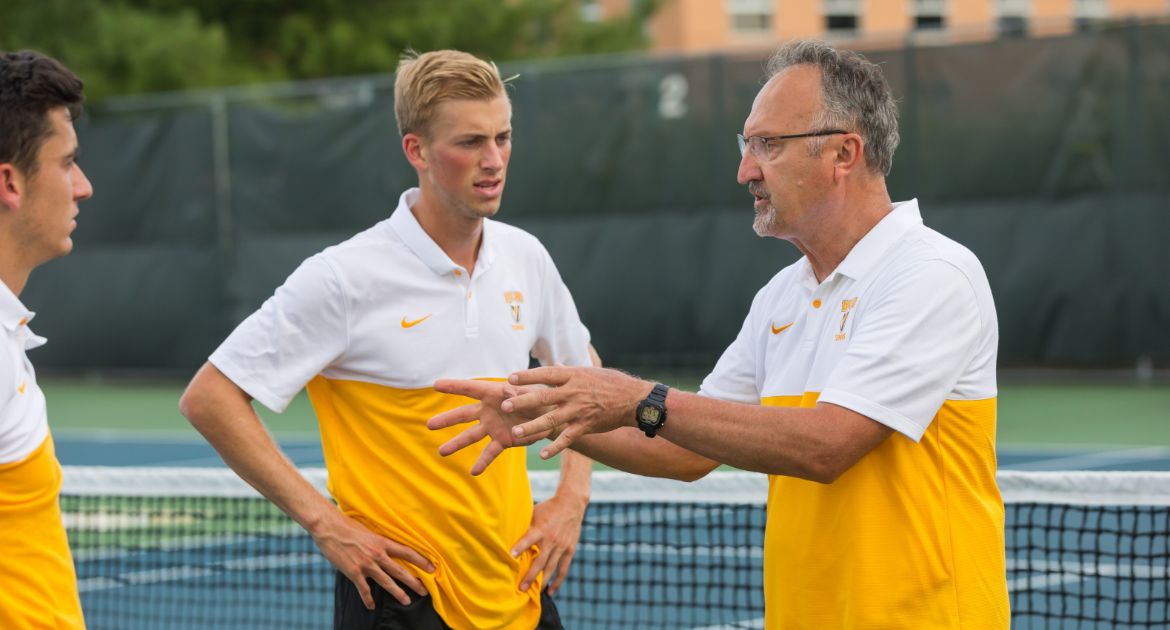 Brandon Ancona (left) was named a player to watch in the Summit League this season for head coach Jim Daugherty's (right) squad.

The Valparaiso University men’s tennis team is projected to finish tied for third in the Summit League this spring, according to the preseason survey of the league’s head coaches that was released on Thursday.

After qualifying for the league tournament in each of the program’s first two years in the Summit League, the squad is once again expected to be part of the tournament field. The Brown & Gold are picked to tie for third with Omaha in the preseason poll, while Denver and Drake were pegged first and second, respectively. Illinois State (fifth), Oral Roberts (t-sixth) and North Dakota (t-sixth) round out the projections.

This year’s roster is comprised of all seniors and freshmen. An experienced and accomplished five-member senior class will be joined by a rookie trio to comprise a team that will be guided by veteran head coach Jim Daugherty, who is in his 35th season. The spring slate will commence on Saturday, Jan. 25 at Butler.