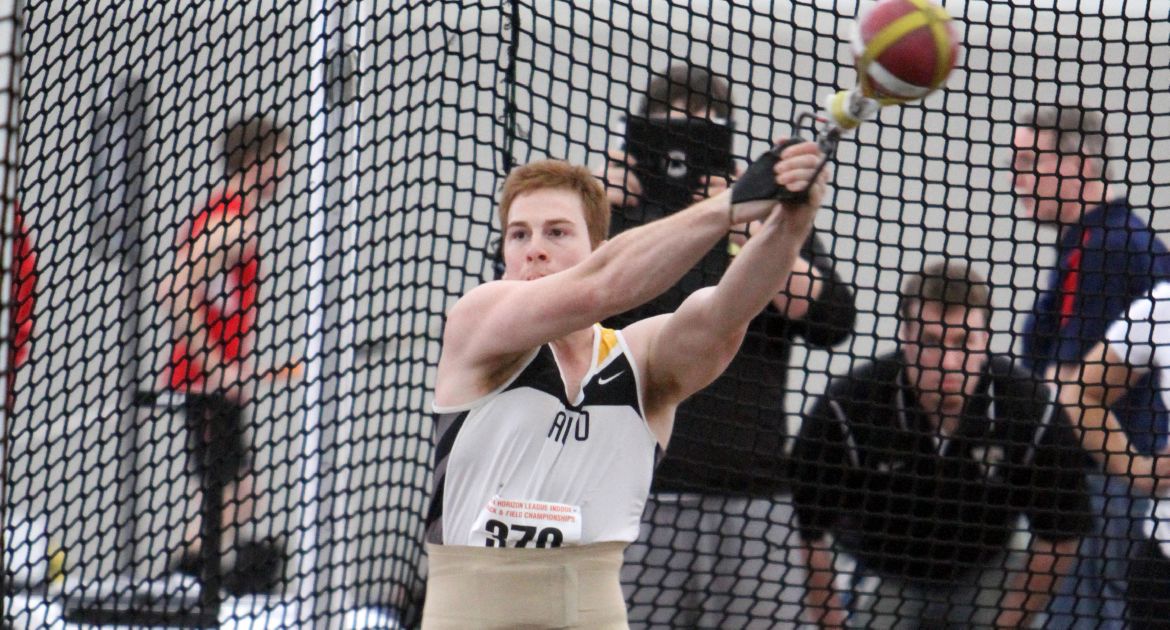 The Valparaiso men’s track and field teams took second (80.5 points) in the Windy City Invitational on Saturday at the University of Chicago.

Jacob Smutz (West Lafayette, Ind./Harrison) bettered his second best mark in Crusader history in the weight throw by almost three feet with his moonshot toss of 19.05m/62-6. He out threw runner up Jacob Frey (St. Paul, Minn./Roseville Area) by almost five and a half feet. Frey’s toss of 17.45m/57-3 put him in third place all-time at Valpo in the event.

Elijah Owen (LaPorte, Ind./LaPorte) had three top-ten finishes on the day. In the long jump, he finished in a tie for fourth with teammate Colton Hill (Knox, Ind./Knox) with his leap of 6.03m/19-9.5, a new season best. He took ninth in the pole vault, tying his season best height of 3.85m/12-7.5 and crossed the line in 10.21 in the 60 meter hurdles for a tenth place finish.

Jonathan Heagy (Latrobe, Pa./Greater Latrobe) finished in sixth place in the high jump with his mark of 1.78m/5-10.

Over in day two action at the Meyo Invitational at Notre Dame, sophomore Adam Bruno (Bloomington, Ill./Normal) clocked a 4:28.14 in the mile.

The Crusaders continue their season next weekend when they travel to Purdue University for the Fred Wilts Invitational. Live results will be available through ValpoAthletics.com for both days.