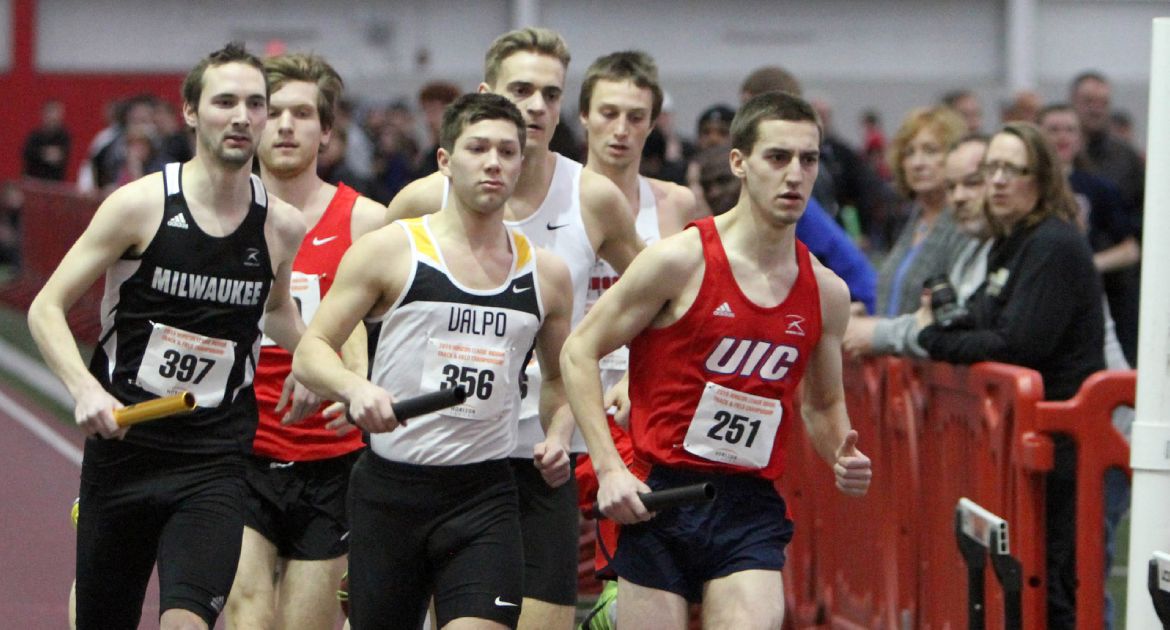 The Valparaiso University men’s and women’s track and field teams kicked off the 2016 year on Friday afternoon, competing in the Bob Eubanks Open at Grand Valley State University.

On the men’s side, freshman Jeru Lollis earned six points for the Crusaders, finishing in fourth place in the 60m dash with a time of 7.08 - placing him fifth all-time in the Valpo record books. Also on the track, junior Anthony Franze finished eighth in the 200m dash with a time of 22.83, earning a point for the Crusaders. Sophomore Ben Zibricky and junior Dan Walters finished sixth and eighth, respectively, for Valpo in the 800m run with times of 1:58.31 and 2:00.14, while Zibricky also ran to a ninth-place finish in the one mile run.

On the infield, sophomore Alexander Watson cleared 14’11” in the pole vault for the Crusader men, earning a seventh-place finish. Senior Jacob Smutz came up just short of a PR in the weight throw with a toss of 62’1 ¾”, good for eighth place, while sophomore Andrew Guzek moved into third place in Valpo history with a mark of 51’1 ½” in the shot put to finish ninth.

On the women’s side, junior Elizabeth Bloy earned the Crusaders’ top finish, registering a point in the 800m run as she placed eighth with a time of 2:20.82.  Bloy also finished 12th in the one mile run with a time of 5:08.70.

Sophomore Hannah Reynard moved into the second spot in the Valpo record books in the 300m dash with a time of 42.71. On the infield, senior Ann Chapman posted the Crusaders’ best showing, placing 11th in the triple jump as she leapt 33’4 ¾”.

The Crusaders will be back in action next Saturday, January 23rd when they travel to Fort Wayne, Ind. for the IPFW Duals.