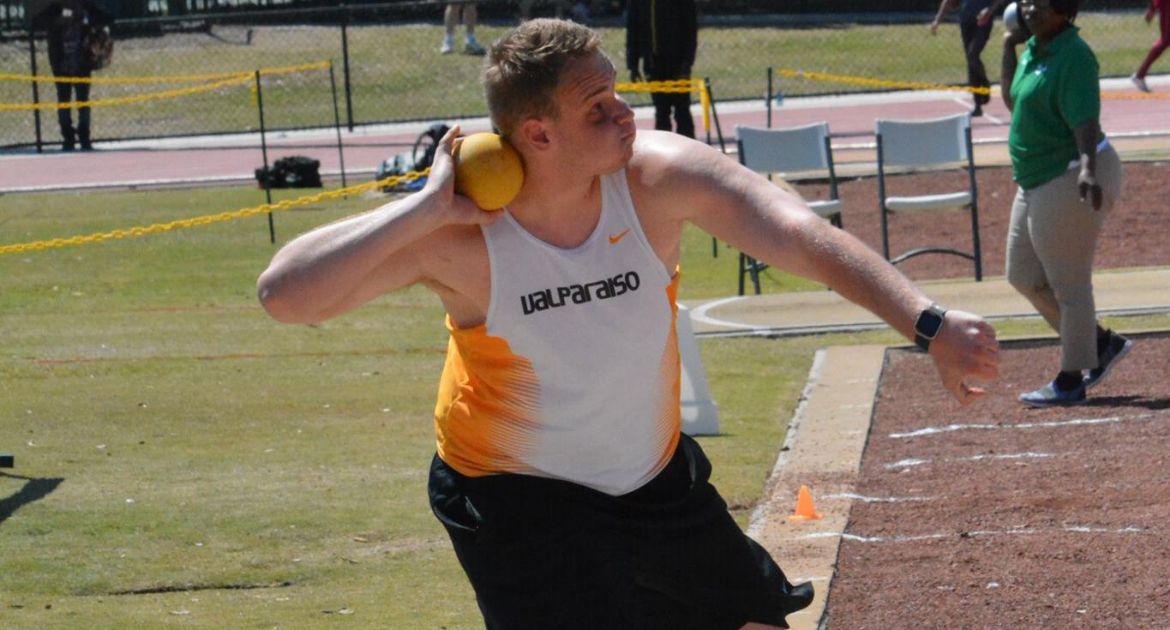 Jake Rasawehr went 146-5 in the discus on Saturday.

The Valparaiso University track and field teams competed at the Redbird Invite, hosted by Illinois State on Saturday despite the elements outdoors in Normal, Ill. The men finished with 100 total points in the team standings, ahead of Butler, Western Illinois and Dayton. SIU Edwardsville was just ahead of the Crusaders with the host Redbirds securing the top spot for both men and women. Junior Peter Rhodes (McLeansville, N.C./Burlington Christian Academy) led the way for Valpo with a runner-up finish in the men’s javelin throw.

The Crusaders will head back to the state of Illinois next Saturday, April 21 to participate at the DePaul Invitational in Chicago.