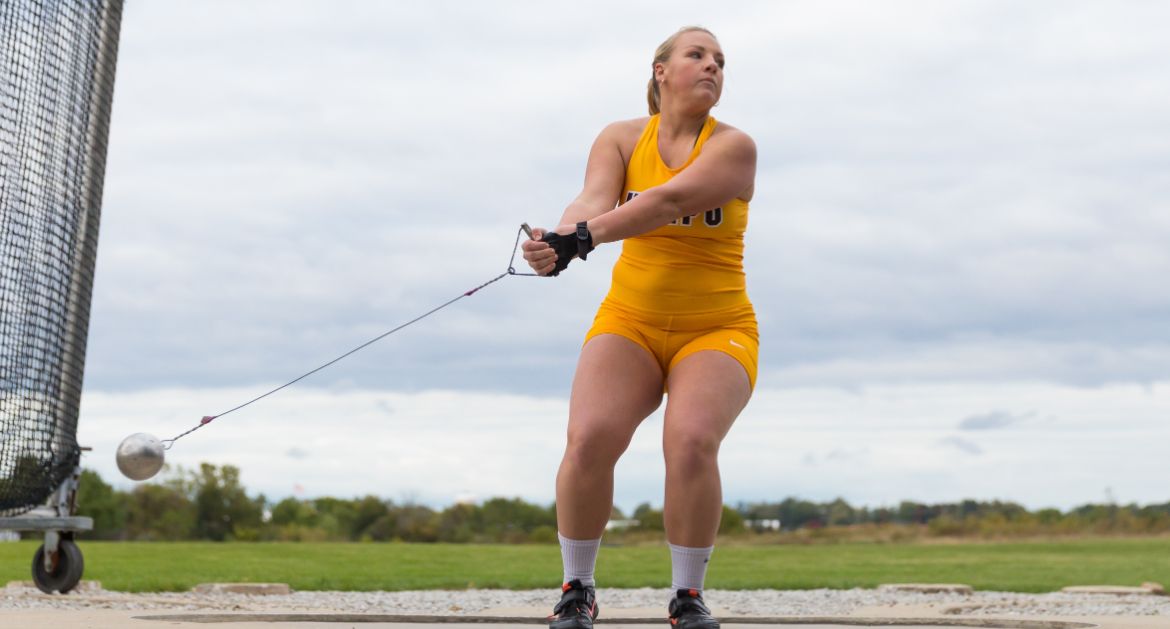 Lauren Mikolajczak (pictured with the hammer throw) is third all-time for Valpo in the weight throw.

“Eddie getting his first win the weight throw was a great performance. Dom lowered his PR again in the 5K again today and is going to crack 15 very soon. Early in the season to be running times like he is makes us hopeful it’s a sign of good things to come.”

“Women’s throws going 1,2,3,6 was an incredible start to the day. Maria making finals for the first time was great. Hard work paying off. It’s great to see her believing in her abilities and just going out and competing. Hayley Krulik cracked the top 5 all time in weight and there's still more in the tank. Sierra continues to impress with her work on the track. It was nice to see Anne Mou back in action this week as we thought her academic career would have to take over since she’s in the PA program.”

Valpo continues its season next Saturday, Feb. 1 at the Indiana Wesleyan Midwest Classic in Marion, Ind.